What does artificial intelligence mean for public relations? 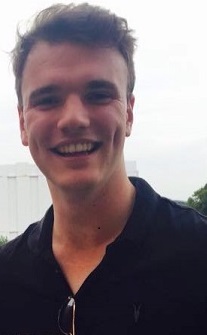 Professor Stephen Hawking has warned it could be the ‘worst thing ever to happen to humanity’.  Elon Musk has described it as ‘our biggest existential threat.’  It has the potential to eradicate 11 million jobs in the UK alone and could create a ‘useless class of humans’.

The cause of this apocalypse? No, not Brexit – artificial intelligence (AI).

Given the above, we can safely assume that AI will have a profound impact on the public relations (PR) industry. But what effect will automation have, and how will the role of PR professional change as a result?

AI is already changing the way we work. Low-skilled, repetitive tasks such as developing coverage reports, dispatching press releases and creating media lists have already been fully automated in many agencies.

Despite this, the industry does not seem all too worried about AI. This is due to a pervasive assumption that machines do not, and never will, possess the creative ability to supersede humans.

This attitude is borne from popular conceptions of creativity. For many, creativity is an intangible notion that cannot readily be defined or explained. This is perpetuated by our tendency to deify and mythologise those we consider creative, such as artists, writers, musicians and sportspeople.

For example, after data analysts, software developers and art historians collaborated to develop an algorithm to perfectly imitate Rembrandt, the art critic Jonathan Jones described the result as a ‘horrible, tasteless, insensitive and soulless travesty of all that is creative in human nature…a vile product of our strange times.’  This visceral (if somewhat hyperbolic) reaction perfectly underpins notions of creativity, in that it is a uniquely human endeavour that cannot be deconstructed and replicated by machines.

The problem with this sentiment is that it’s simply not true. Computational creativity is one of the most vibrant areas of AI research, and algorithms have been developed to independently compose music, write poetry and develop new recipes.

Indeed, the automation of creative roles has already begun. In 2015, M&C Saatchi launched an AI poster, which monitors the reactions of the audience and adapts itself accordingly.  In March 2016, McCann Japan went a step further and appointed an AI creative director, which utilises historical data to ‘identify optimal commercial direction’.

If the industry still isn’t worried, it should be. By 2020, we can expect further advancements in computational creativity and increased automation of creative positions. The PR industry, therefore, cannot afford to bury its head in the sand and rely on tired clichés about creativity. To survive, it must adapt.

To find a role for humans in the automated future, it is necessary to look for areas where human intelligence is vastly superior to AI. For this, we should turn our attention to chess.

The greatest chess players have around a thousand moves at their disposal. In contrast, a computer has the choice of over a billion options. Despite this huge discrepancy, grandmasters are still able to give even the most sophisticated machines a pretty good run for their money.

By comparison, AI is essentially ‘math executed on an enormous scale.’  Google’s much heralded AlphaGo supercomputer, which achieved an AI first by beating a leading champion at ‘Go’ – an ancient Chinese game so complex that there are more potential moves than atoms in the universe – is an example of this. Much of the publicity surrounding AlphaGo refers to its algorithms and how they imitate the human brain. But in reality, AlphaGo required years of development and the manual input of over 30 million potential scenarios. Even then, months of intensive recalibration were required following an early defeat. Although AlphaGo is undoubtedly a staggering scientific achievement, it is still ‘just math.’

These opposing decision-making models mean that when confronted by incomplete, inaccurate or completely new information within a live situation, humans are far better at quickly identifying the right move. Intuition and anticipation trumps probabilistic calculations.

This is important.  A quick glance at the news suggests we are living in a world of unprecedented unpredictability where the innately human ability to anticipate and respond is paramount. Consequently, there is no point relying upon a machine to eventually come to the right conclusion months, years or decades down the line.

Our powers of anticipation and responsiveness separate us from machines. It is these skills, not creativity, that will guarantee the future of PR and prevent complete automation. By prizing and honing these attributes, PR professionals can ensure they find their place within the brave new world.