Caring is Sharing: Why audience understanding is the opportunity for progressive PRs 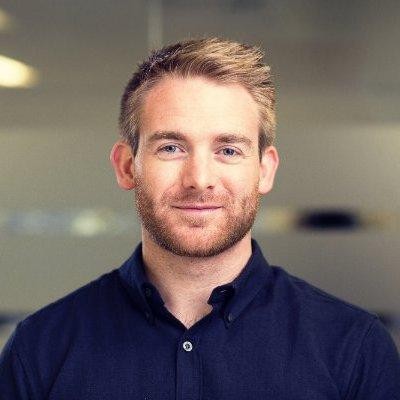 Last year had a theme of boundaries. The public reaction to 2015 campaigns such as the MoneySuperMarket ‘Epic Strut’ and Protein World’s ‘Beach Body’ showed how opinion can divide at water coolers across the country. June’s Vanity Fair cover featuring Caitlyn Jenner had a similar effect, gaining so much social traction that the former US Olympic Athlete reached 1m followers within four hours of opening a twitter account; faster than the record set a month earlier by Barack Obama.

For successful PR agencies and practitioners that have tailored their offering for the changing needs of their clients, opportunities exist in these moments. Be it reputation, media outreach or proactive consumer engagement; understanding the opinion of the masses is our duty. On both traditional and digital media platforms, PR must remain the owner of ‘what’s being said’.

As we adapt our strategy for 2016 and beyond, one of the biggest question marks has to be the range of services we offer our clients and how we position our expertise against the wider marketing spectrum.

Lazy audience targeting is becoming a thing of the past, and we have the data to make it smarter and our understanding better.

Most progressive brands are moving towards regarding their audience as a mindset, rather than using the traditional ABC1 demographic. It reinterprets the old adage ‘fish where the fish are’ towards focusing on where the fish eat, what they want to consume, and how and when they expect it to be served.

Digital channels give us an almost immediate feedback loop and the opportunity for two-way conversation more than has ever existed before. It is the responsibility of the PR to understand what is resonating with the crowd watching our brands in real time. Being proactive and versatile in offering clients creative ideas and forward-thinking solutions to live campaign challenges has become almost as vital as a properly planned crisis strategy.

The distinction between earned and paid media is blurring and PR increasingly has a seat at the table on discussions regarding wider marketing and advertising spend.

The PR relationship with paid media is quickly shifting. Editorial teams are increasingly linked with the commercial goals of their outlets and journalists that we’ve spent years building relationships with can now reasonably expect to mention ad budgets. Exploring a more creative use of media partnerships and social/digital ad spend has become a core part of PR strategy, rather than operating as a separate function.

Brands ultimately want a seamless consumer experience as well as greater bang for the buck when stretching media investments. PRs are well positioned to understanding how paid solutions can complement earned coverage, joining the dots across a campaign by improving messaging consistency and maximising outputs.

Content has been king since Bill Gates coined the phrase in the mid-nineties but, as always, the challenge for brands and PRs is how to drive measurable ROI as well as love and loyalty.

Client spend is usually prioritised towards activities that show a clear return through numbers, rather than less trackable outputs such as sentiment, within integrated campaigns. Visual content achieves many of these ‘softer’ objectives and with the ever-growing data available through engagement stats on digital channels, it can no longer be regarded as a ‘nice to have’.

Video autoplay has captured the imagination on the biggest social platforms and a trend towards motion image is now almost an expectation in capturing attention. PRs must work closely with content creators and utilise new techniques and available tools to address challenges such as the decline of organic reach.

Use of non-traditional channels like blogger and ambassador endorsement have become a solution for placing content, crossing the boundaries between advertising and editorial. We can expect this to continue as peer recommendation remains so vital in opinion-forming amongst most audiences.

Where does that leave us?

Whilst PR will remain the authority on traditional media outreach, we must be nimble in continuing to broaden our focus from press releases towards creating a deeper brand advocacy amongst influencers and consumers. By keeping pace with changing trends and techniques, we’re well positioned to interpret every campaign output to make it most relevant to the target audience.

Get us in the room for the ad campaign strategy meetings. Involve us in retail conversations and point of sale planning. If there’s a brand partnership being brokered, ask us how we’d see it playing out to the public…

If consumers are going to see it, we’re the ones that are going to hear about their experiences. And on the flip side; if they don’t care about it, they’re not going to be telling anyone at all.