Authentic or Amateur? Be careful not to confuse them 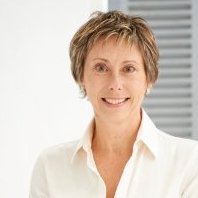 I was in an audience last week, being spoken to by a high-profile professional (Mr X). He’s recently taken up a new, senior post, and this was the first time we, his stakeholders, had met/seen him on his feet.

The first two minutes of his presentation were spent tapping the microphone; asking if we could hear at the back; checking if it was switched on; testing again. It was like a caricature of a 1980s youth club disco DJ.

Next, he revealed how he’d ‘been told off’ by one of his team for not introducing himself when he addressed another group the previous week.

And then there was an outline of the topics to come, but so laden with JENGA words (just, sort of, kind of, you know, really – filler words and phrases which undermine and belittle your content) that I failed to take in any of the details.

The main body of the talk was fine but there was a missed opportunity at the end. The stumbling handover to the next speaker did not leave us feeling inspired and reassured. Quite the reverse.

In a training session the following day, I shared this as an example of unpreparedness and unprofessionalism. To my surprise, some attendees challenged my analysis. They declared that they like speakers who show vulnerability. who are not overly polished and slick; that they warm to people who make mistakes, hesitate and stumble.

So do I! In fact, one of my key objectives is to liberate people from the tyranny of polish. I encourage a natural, conversational style which inevitably involves hesitation and stumbles. I believe that audiences respond better to, and engage more with this approach (as these attendees proved). Authenticity truly is the name of the game.

One of the results of being over polished is soporific intonation which lulls the audience into a comfortable state of relaxation but fails to excite or resonate with them. Natalia Zhuk’s recent review of Tom Hiddlestone’s Hamlet in The Daily Telegraph recognises the same phenomenon – “too often he gave us beautifully acted words rather than lived thoughts and feelings”.

But back to Mr X and why I had not celebrated his performance. I was compelled to dig deeper into the issues.

(Fast forward through my deliberations, just as nowadays we have to ‘FF’ through the ads in Great British Bake Off.)

My conclusion is that there is a difference between authenticity and amateurism; a disparity between being natural and unprofessional; a fine line between informality and disorganisation.

Yes, it’s good to show vulnerability but only once we’ve established credibility and trust with our audience. Chinks in the armour are fine but only when there’s chain mail beneath.

It’s just like a new relationship. In the early days, everyone’s on best behaviour, being the shiniest version of themselves. And then the glorious time arrives when the foundation is solid, trust has been created and we can wear the greying pants with the frayed elastic.

This (presentations not choice of underwear) is also about showing respect for the audience. When we apologise for the technology/our lack of rehearsal; consult (out loud) the organisers about timing/housekeeping/next speaker, we’re not primarily communicating that we’re genuine. We’re revealing that we haven’t prepared properly. And audiences do not respond well to being taken for granted.

So what does this mean in practice? How can we be both genuine and professional? If we work on strong, adequately rehearsed openings; clean endings which leave the audience on a high note; if we eliminate distracting JENGA words or unreliable/untested technology, we will gain the trust and respect of our audience.

And then we can confidently reach for our second best pants.