CEO pay - How much is too much? 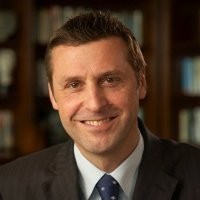 Is paying the average blue-chip chief executive £5m a year, more than 180 times the average wage, excessive pay? Not according to Goldman Sachs and Northern Trust, who have been accused of routinely supporting pay awards of big companies.

This is reported in today’s FT which carries several hard-hitting stories - “The hypocrisy of CEO pay”, ”City leaders back action to curb ‘unfair’ executive pay”, “Listed: the biggest backers of executive pay”, “Reform vital to ‘restore faith in capitalism’”.

OK, so the executive pay story has been around for some time, reaching perhaps its peak with the ‘shareholder spring’ four years ago, when several large remuneration packages were voted down by investors. So is today’s news significant? I think yes, for a couple of reasons.

The publication date of the annual report has always been a red letter day for in-house Heads of Communications, the day when the media scour the highly complex remuneration report to see how much top executives are paid, and comparing this to targets achieved. ‘Rewards for failure’ was the buzzword through the financial crisis as company performance fell while CEO pay seemed to defy gravity. But it was often a short term story for the media and for the company it was generally on the periphery.

What is significant about today’s FT coverage is that it is published within FTfm’s first ever special report on responsible investing. This label used to mean taking into account sustainable, socially conscious investing, often green or ethical in nature. Today’s FT coverage shows that CEO pay is no longer on the periphery, but right at the centre of the debate on responsible investing, alongside other stories in the report covering women in boardrooms, exploited workers, governance, and divestment of coal stocks. This ongoing shift has implications for communications professionals as the issue has moved from a red letter day to an ongoing red flag.

The second reason today’s coverage is significant is that the criticism is widening. Unions and the media have long criticised executive pay, with companies and shareholders hiding behind arguments of the importance of ‘paying market rate’. But today, critics from within are more vocal than ever before – a host of City grandees have stepped forward to make comments such as ‘not fit for purpose’, ‘gone badly awry’, ‘fueling the sense of injustice’.

For communications professionals, this means two things will be needed to counteract the current debate – an new issues management programme to prepare for what will be an ongoing red flag , and a new, stronger set of answers to justify pay, as the old ones are rapidly losing their credibility under scrutiny.