Avoiding ‘rinse and repeat’ when it comes to disability representation 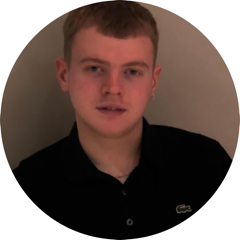 When I first read the reviews of MUSIC (Sia’s controversial debut film which centres around the story of a young autistic girl) my initial response was one of frustration. Yet another celebrity ‘filmmaker’ attempting to make a film about disability and getting it spectacularly wrong. I’d seen it all before. Cue the press release from X Hollywood studio and an apology from Sia’s ‘personal’ Twitter account in 140 characters or less. Job done. Make sure to buy the DVD in six months. Rinse and repeat!

MUSIC is the latest in a long line of films about autism. Perhaps the most famous example is Dustin Hoffman’s performance in ‘Rain Man’ (1988), whose portrayal of Raymond Babbit earned him an Academy Award. Despite being lauded by critics at the time, Hoffman’s performance has since become renowned for its role in perpetuating unrealistic and harmful stereotypes about the autistic community: rigid, idiosyncratic, and (of course) possessing one remarkable talent. Yet it seems, thirty years on, the same mistakes are still being made. MUSIC, despite earnest claims of being “a love letter to caregivers and to the autistic community” uses prone restraint (a technique to ostensibly calm that has led to several deaths), caricatures autism, and is filled with sensory overloads which, for many autistic people, can be incredibly triggering.

As someone who lives with Tourette’s and works in healthcare communications, I am all too aware of misrepresentations which at best are crass and at worst very damaging. What at first presents as frustration, soon becomes tedious. Given its portrayal on television you would be remiss for thinking that everyone with Tourette’s is a shouty swearer (officially called coprolalia, appropriately deriving from the Greek to ‘shit-talk’), when in reality it only affects 10-15% of us. While numerous UK documentaries have approached the condition –with varying degrees of success – very few reflect that truth, and instead put people with very severe conditions in uncompromising social situations (man with Tourette’s says offensive things in public, laughter ensues…). Now I’m no TV executive, but the reasons for this seem obvious: Tourette’s is funny, and funny sells!

While these examples manifest in different ways, they expose one common reality: namely, that popular culture has a crucial role in the way that attitudes are constructed and how we interact and perceive each other. It’s why as communicators (and especially in the healthcare PR space), it is vital we get our messages right, with help from the communities we seek to represent.

Understanding why representation of disability is so frequently misguided

There are two prevailing models of disability. The medical model of disability treats disability as a defect, and thus inherently abnormal and pathological. The social model, on the other hand, has its roots in the British civil rights movement of the 60s and 70s, and posits that disability was socially constructed in the image of the worker, whose role was to serve the needs of the labour market and, ultimately, capital. Fundamentally, the social model distinguished between ‘social disability’ (in the workplace and beyond) and ‘physical impairment’ (though this categorisation has since been contested within the community) and was imperative in altering the social and political landscape in Britain, Europe, and the USA, outlining a clear set of rights and addressing ‘barriers to participation’ as a result of a variety of social factors.

So why, then, with the progress that has been made in the last 40 years, is disability still so marginalised and misrepresented in popular culture? In spite of its success in identifying socially created oppression, the social model fundamentally failed to recognise the importance of cultural imagery in constructing social attitudes. What is the alternative?

The ‘cultural model of disability’, defined as “the analysis of the representations of disabled people in the cultural spaces of art, media, and literature”, addresses this gap. While this definition is not comprehensive, it recognises the impact that cultural images have on social attitudes, the role of positive and negative stereotypes and, most importantly, encourages a way of thinking that allows disability to be reimagined in a way that is both representative and authentic.

Many take the view that diverse casting would do the trick, with disabled roles played by disabled actors to make performances more accurate. And according to the Ruderman Foundation Report this appears to be happening, with around 20% of all characters on network television and streaming services portrayed authentically by an actor with the same disability.

However, while diverse casting is seemingly representative by its very definition, I would challenge its effect in cultivating legitimate authenticity.  Were Rain Man and MUSIC played by disabled leads, would the films have been any more authentic? Similarly, many of the documentaries that seek to portray Tourette’s do so with real people but are nevertheless sensational and exploitative. As with many other poor representations of disability, the commonality lies in inadequate cultural imagery and the propagation of harmful stereotypes.

Writing about Sia’s film in Time Magazine, Sarah Kurchak suggests a reason for this. She claims that the ability to call art bad is a liberty often not afforded to those in the disabled community.

And this goes to the very heart of the issue. While executives and producers warm to the idea that the malignment of the disabled community is a direct result of able-bodied casting in disabled roles, the reality all too often resides in the structural belief that disabled people and disabled stories do not deserve nuance and should not be taken seriously. Indeed, representation is crucial and can often act as a catalyst for more accurate depictions in popular culture, but it must not become our only mode of critique when addressing disability in popular culture.

The recent BBC drama ‘The A Word’ is an example of a better kind of representation. It sensitively shows Joe and his family’s journey of living with autism and how it affects them. It says as much about the neurotypical community - and the struggles to understand their own misconceptions and fears - as it does neurodiversity. The programme is multi-faceted, includes various portrayals of disability, and is above all well researched and inclusive.

Sia could have followed this lead when she contacted CommunicationFirst to make an introductory short and offer feedback about MUSIC. However, after seeing her film and commenting on how to improve it, she did not respond. CommunicationFirst made the short anyway, calling it LISTEN, and said:

“People have a lot to say about us. They write stories and biographies. They produce plays and make movies about us. But they are not listening to us…

If you always leave us out, people think we are not able to participate. That’s why most people don’t realise that we have a contribution to make. Include us and you will see that we have so much to give.”

If ever we needed proof of the importance of authentic representation it is in this film. In just five short minutes, it is more informative and more impactful than MUSIC was in 147. Had Sia listened to their feedback or, better still, included them from the start, we would be talking about MUSIC in a very different context. Maybe the next person will, but unless the structures that permit the misrepresentation of disability can demonstrate introspection and follow the lead of more authentic examples, we will be here in 12 months talking about the next one.

Cue the apology. Make sure to buy the DVD. Rinse and Repeat!

Conor is an intern at Intent Health and a recent politics graduate from The University of East Anglia, who, through his academic studies has developed a passion for media and cultural studies, multiculturalism, and social justice more broadly. He prides himself on his ability to think critically and believes that no facet of society is exempt from scrutiny. Above all, he is an advocate for collective cultural expression, and believes that through this real change can be achieved.

As a result, he is delighted to be working for Intent Health, an organisation that echoes this outlook, and one that is a spearhead for D&I. As someone who lives with a disability, Conor is astutely aware of the positive and negative impacts of healthcare communications and wants to ensure that everyone can experience the former.