The Hodgson Review: Why charities and campaigners must remain vigilant 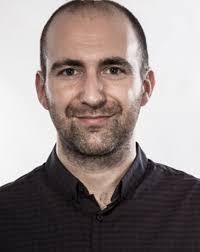 The PRCA rightly gave a “cautious welcome” to the Hodgson Review of the Lobbying Act. There is much to welcome, but also much to still worry about contained within its 103-pages.

The official Review into the Act clearly recognises the concerns the PRCA Charity and Not-for-Profit Group and its members had with the Act and the way it was introduced.

The Group’s formal response to the Hodgson Review criticised the Lobbying Act’s impact on campaigners prior to the General Election.

It highlighted major concerns with the implementation of the Act which “severely limited” charities’ campaigning activities and set out recommendations to address the inadequacies of the Act and the guidance provided by the Electoral Commission.

The Review has taken very welcome steps to address the concerns the Group raised in written and face to face evidence sessions – with 70 per cent of the PRCA's recommendations being met in full or in part.

And as the charity leaders’ network ACEVO made clear, it’s vital that the government implements the Review’s recommendations.

Especially welcome are the Review's recommendations for a shorter regulated period, clarity on the contribution of staff costs, calls for improved guidance from the Electoral Commission and more emphasis on creating a level playing field with private companies made aware of their obligations under the regulations.

However, charities and campaigners need to remain vigilant.

The Review does not go far enough to address some of the PRCA’s areas of concern and there are new potential threats to campaigners' freedom of speech on the horizon.

Specifically, the Review’s proposed changes to the Act do not go far enough to:

- Make allowances for inflation in the spending limits

There is also one worrying recommendation.

In the current legislation, only material that is directly targeted at the general public is regulated. However, Lord Hodgson appears to suggest that the definition of who constitutes the “general public” is revised and expanded to include “committed supporters” who may then use social media (and other channels) to spread an organisation’s message further.

This will mean more charities may need to register as those staff costs and expenses involved in supporter communications are also counted toward the financial limits.

The move will also muddy the waters for campaigners; forcing them to segment their supporters into groups. Communications with “Constitutional Members” and “Affiliated Supporters” would continue to be excluded, but other “Committed Supporters” included in the regulations.

With this slight change in guidance from the Electoral Commission, all of the good work of the Review in other areas could be undone.

And while the Review starts from the principle that campaigning during an election should be encouraged and is separate from advocacy a charity may undertake, there are concerns that the government does not truly believe in freedom of speech for charities.

This is especially relevant in light of Cabinet Office minister, Matthew Hancock's recent comments on only funding charities that do not criticise the government. As well as creating an unnecessary distinction between those in receipt of government grants and those operating government contracts, this policy would risk undermining organisation’s own principles and charitable purposes.

There are also elements of future campaigning which the Review suggests may look to be regulated in the future, such as "out of constituency" campaigning on social media and the potential inclusion of data mining within the regulations. The government should tread very carefully if it decides to develop legislation in this area.

To meet the threats still posed by the Lobbying Act – and new potential restrictions on charities’ ability to operate – the PRCA Charity and Not-For-Profit group is organising a workshop on 18 May 2016 and will be inviting Government and Opposition spokespeople to attend.