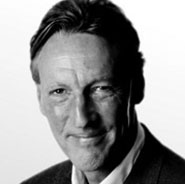 Three clients are talking about their PR agencies in a bar. One says: ‘They’re OK, I suppose. Solid, seem to know what they’re doing… I can’t say they set the world on fire’. The next says: ‘I’m going to fire mine. They’ve changed the team every three months but they still haven’t given us anyone who can spell’. The third: ‘We’ve been lucky. They’re very bright, they think outside the PR box, and they’ve earned their fees many times over. I really enjoy meetings with them’.

Client A and Client B started their search believing that all PR agencies are more or less the same. They looked for ‘value’ in terms of the largest volume of work for the keenest price. They didn’t have time to meet the contenders before the pitch. Their procurement departments, which had never been involved with PR before, played a significant role in the selection.

In a manner of speaking, they got exactly what they were looking for.

Client C went about the process differently. She knew from experience that successful PR is all about the chemistry between a client’s people and their agency team. She knew that most agencies would be able to deliver acceptable results but she wanted something spectacular for her brands.

She put together a long-list of twelve: three large firms, three mid-sized firms, three start-ups and three who, according to her friends, had a ‘different’ approach to PR. She spent most of an evening studying their RFI responses and ruled out six. Then she invited the other six to come round for a ‘chemistry’ meeting. She felt that four were on her wavelength and invited them to present proposals in a 40-minute session with a further 20 minutes for Q&A.

She didn’t want to give away any confidential details so she wrote a semi-fictional brief for one of her brands: it needed a shot in the arm, so she told the agencies her marketing objectives and gave them a notional £150,000 budget. She made herself available for questions, either face to face or by phone.

She specified that the presentation teams should be the proposed account teams.

Client C found it very easy to pick the agency she wanted: she got a strong impression of the team because all four people played a prominent role in the pitch, and she liked them. Their ideas were intriguing and attractive. Their methods seemed to be well thought-out and practical. They had obviously done a lot of research and made some interesting observations about the brand and its competitors.

Above all, Client C found this agency team stimulating – she enjoyed talking to them at the pitch, so she expected to enjoy working with them once they were hired. She was right.

Client C devoted much more time and trouble to her agency search than A or B. It worked.

She got exactly what she was looking for.