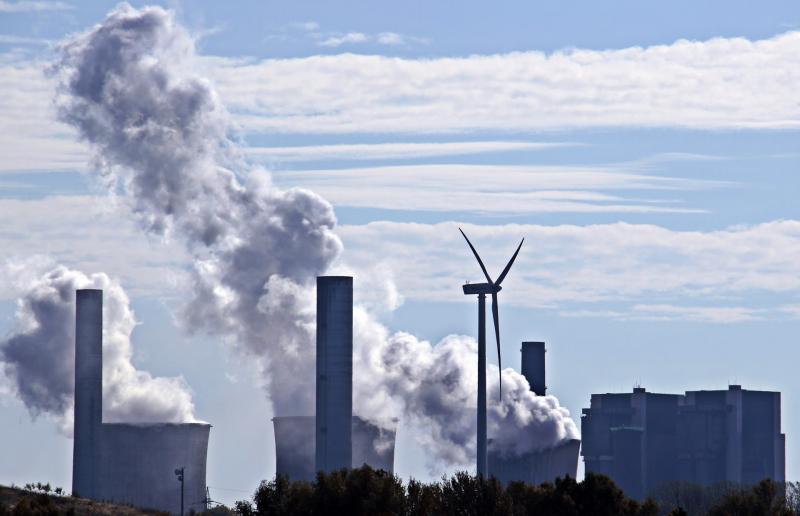 Around four months ago, the world’s attention was drawn to Glasgow as politicians, business leaders, journalists and activists met to try and determine the future of our planet. How well it went is still up for debate; many will be disappointed about the lack of concrete action and plans to achieve it, while many others were impressed by the attention it gave to such a critical issue.

However, the purpose of this blog is not to analyse the achievements of the 26th United Nations Climate Change conference – there is plenty of material available that can do that far better than I can. Instead, in the light of a damning report into the greenwashing of energy companies, and therefore the PR companies that represent them, this blog will look at why Public Relations as an industry is still too comfortable representing the business interests of pollution.

The report, titled ‘the clean energy claims of BP, Chevron, ExxonMobil and Shell: A mismatch between discourse, actions and investments’ by Mei Li, Gregory Trencher, and Jusen Asuka’ was published in mid-February – and what it concluded is disappointing, but not surprising.

“We found a strong increase in discourse related to “climate”, “low-carbon” and “transition”, especially by BP and Shell. Similarly, we observed increasing tendencies toward strategies related to decarbonization and clean energy”.

However, “the financial analysis reveals a continuing business model dependence on fossil fuels along with insignificant and opaque spending on clean energy.” This report, based on quantitative and qualitative facts, is clear: actions are not meeting words – and all we are seeing, or rather, hearing is “pledges rather than concrete action”.

The uncomfortable truth for the PR industry to grapple with is that we have a significant amount of influence over these words. We cannot shape action, but we decide how we talk about it, and therefore we have impact how its perceived; and if a company cares about its bottom line, then the opinion of consumers should be of great interest.

What can agencies do about greenwashing?

So, the question remains – what can agencies do about it? It is clearly a question on every agency’s mind considering the number of blogs and “company values” on the topic. Everyone is having a good, long think about their clients and projects.

A spokesperson for Edelman, which represents Shell and ExxonMobil, told PR Week last month that the “environment and climate are everyone’s issue, including ours… While there are many different views on the path forward, we want to be ‘in the room’ with our current and future clients on this important topic helping to accelerate the transition.”

To some, just ‘being in the room’ is a betrayal of proposed values – and agencies should instead refuse to work with a business that misleads the public around net-zero claims, or in some other way acts regressively and against the tide of positive change towards sustainability. To others, it is essential that we work with emitters to better shape their policies – a ‘change the system from the inside’ approach.

There is talk of change – as if there’s one thing a PR company should be good at, aside from setting quirky capitalisation branding rules, it’s crisis comms. Edelman, for example, completed a 60-day review of its roster of climate-sensitive clients in January, and set several other seemingly-stringent rules. They promised to “establish and publicize science and values-based criteria for engagement with clients”, and that they “will join with our industry peers to formalize clear criteria for climate communications — truth and facts that enable good decisions”.

Yet, despite these promises, Shell and ExxonMobil are still on the cards.

Actively fighting the science behind the climate crisis

These are not just companies that profit from pollution – it is far more sinister than that. ExxonMobil, for example, has a long, recent and illustrious history of actively fighting the science behind the climate crisis. Geoffrey Supran and Naomi Oreskes’s 2017 study ‘Assessing ExxonMobil’s climate change communications (1977–2014)’ concluded that the company’s paid-for advertorial content in the New York Times and other major papers consistently expressed scepticism and doubt over the realities around climate change.

You may say, in response, that that was then and this is now – they wouldn’t dare do such a thing again. You may be right – after all, climate change is now part of the public zeitgeist and businesses couldn’t get away with denying its reality.

However, can we trust them to have truly good intentions, or will they continue doing just enough to appear agreeable?

There is no clear conclusion here. I do not have a suggestion about a rules-based system to analyse campaigns, clients and projects to check they are up to ethical scratch. However, what is obvious is that PR agencies are not taking responsibility for their part in their clients’ greenwashing and misinformation campaigns.

Ultimately, it shouldn’t take over 450 scientists to publicly beg PR and advertising agencies to stop working with the biggest polluters.

Until clients are dropped, these firms aren’t making substantial changes or critically evaluating the part they play – they are simply offering performative crisis comms.