How To Be Broadcast Brave In Breaking News

Historically getting clients into broadcast media was predominantly a planned affair. In fact, we estimate that 80% of work before Covid was planned and prepared.  However one of the key take outs for broadcast media relations through lockdown is that we have been able to remind clients that ‘broadcast is always on and readily available 24/7’. The logistical obstacles and the power of broadcast to get messages across has meant that it has become a business critical opportunity for PR’s like never before and the brands we support are knocking down the door to be part of the news agenda.

Our natural role as facilitators between media and brands has meant that it is our mission for brands to be able to pick off top tier quality coverage across National TV and Radio rather than just wait for a big spike of activity around a campaign. When our clients make themselves available for commentary in this way, the broadcasters start proactively calling us asking for them to be part of their story as authentic and insightful commentators.

Making this a reality is not without its fair share of drama and pressure, so we wanted to share our insight that will help you navigate this ‘Breaking News Space’.

The first principle of dealing with breaking news is being able to swiftly pivot as a brand to ensure relevancy. We teamed up with the British Red Cross to celebrate their 150th anniversary achieving mass coverage reaching 650 million views across TV, Radio & Online. However, as we put the finishing touches on our reporting reports were coming in of the Beirut explosion. We needed to get the British Red Cross back to doing what they do best. We worked with the team to pivot their celebration narrative and offer broadcasters insight on what had actually happened in Beirut and provide information on the emergency appeal. Flexing the story to suit the news agenda meant that in just a few hours of the Beirut explosion, coverage including the British Red Cross and Beirut was across 73 national and regional TV and radio outlets. 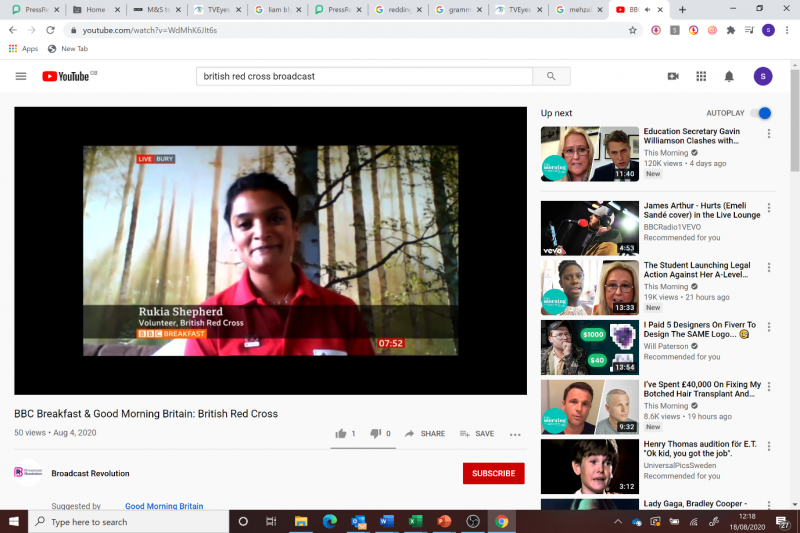 Prepare your spokespeople and make sure they are diverse.  But ultimately make sure they have something relevant and insightful to say. Whilst breaking news has an element of spontaneity to it, you need to prepare what you have to say in advance so you can take advantage of the opportunity. This means knowing whats coming up and expected in your area, then being able to proactively react. This role is two fold, in part by client insight but moreover through conversations with senior journalists and planners on national news desks.

Take our work with Logistics UK on the British Trucker EU Access story in August. We have been able to media train Logistics UK on the topics they knew were coming up in advance so that when the breaking news landed, they were able to b positioned as an authority on the subject.

Logistical obstacles have been removed. Studios are a bonus, but Skype makes everything possible. This has allowed for more broadcast opportunities to be secured as our spokespeople are able to pop out of meeting to conduct their Skype interview.

Planned activity is also not immune to the breaking news cycle. Our work with LGBT youth charity, Just Like Us, is a prime example of this. During launch phase of the activity JK Rowling released her article detailing her views on the gender debate. Most national papers ran the story on their front pages, twitter was trending and broadcasters were discussing the news.

Our campaign was immediately shook by the news – so it was our job to ensure that it didn’t become derailed. Our view was that regardless of where you sit on the gender debate it is difficult to argue with stark facts. We quickly established that LGB people were four times more likely to attempt suicide than straight people – which doubles to eight times more likely if the person is trans.

This approach ensured we had a way of reacting and responding to the developing story without losing sight and focus of our goal which was creating a positive story around LGBT issues amongst young people. 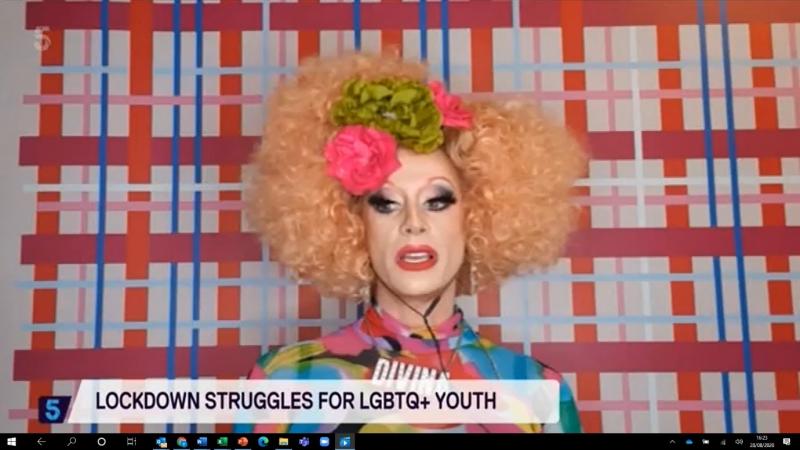 There are so many wonderful examples of how brands and pr people react to breaking news. We believe that there is one thing that unites them all and that is a brands ability to be Broadcast Brave. Reputation is everything and it is our job to protect that, but if  you follow some of the simple advice we have highlighted above, being Broadcast Brave will put your comms function front and centre of the boardroom because of the impact it will bring.

Visit Broadcast Revolution website to find out how they can help you.