PRCA Apprentice Coach is ‘Mentor of the Year’ finalist 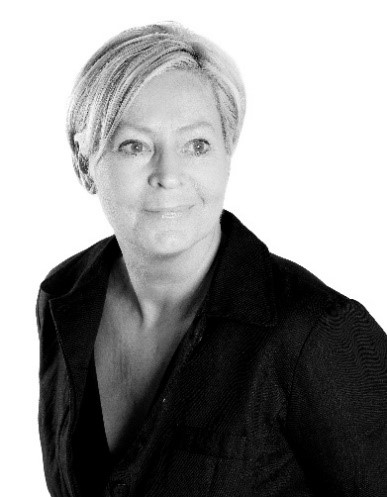 Anna White is ‘Mentor of the Year’ finalist in the #SussexApprenticeshipAwards

Reaching the finals of the Sussex Apprenticeship Awards came as a bit of a shock to Anna White, who had no idea a former apprentice of hers had nominated her for ‘Mentor of the Year’. Anna has been supporting apprentices in Public Relations and Digital Content Creation for over three years, a role she does alongside her varied work commitments. These include The Heathfield News which Anna founded with Suzi Christie and looking after marketing and content clients in both PR and Digital Communications.

Lucy Salvage, who nominated Anna as ‘Mentor of the Year’, is a former PRCA apprentice at Wealden Council. She commented:

“Anna has had an incredibly positive impact on me during my apprenticeship. She mentored me in the development of my communications and PR skills, but also provided emotional support which was crucial for my mental health. Her praise and encouragement, especially during lockdown, kept me motivated and committed to the apprenticeship. It was largely due to her faith in my ability that I aimed high and went the extra mile to complete the distinction level criteria in my EPA. In September, I was awarded a Distinction Level for the Public Relations Assistant Standard.”

Anna received her training through the PRCA in London and has continued to work for them since qualifying. The PRCA funded her training and have then supported her in her mentoring journey. Anna is currently supporting Public Relations apprentices in London & the South East, and Junior Content Producer apprentices with Creative Process Digital in Brighton. She looks after over 20 young people who are developing and growing into worthwhile careers in creative industries.

“I found the training tough but once I started working with my first few apprentices, I really began to enjoy the work. Supporting what are mostly, but not always, young people from so many different backgrounds is very rewarding. It gives me a chance to share some of my work and life experience, and for me to learn from those who will shape the future of creative industries. Most importantly you see the apprentice grow and develop throughout the apprenticeship – many go on to excel in their workplace or cast their net wider by getting new jobs and new challenges.”

With close to a million active Apprenticeships across England alone, apprenticeship schemes have fast become a route to future employment for thousands of school leavers.

These awards recognise and reward both the apprentices and their employers that are excelling across Sussex. Not only does winning an award mean recognition for the Apprentice, but it’s also a major morale boost for the company and workforce that support the apprentice.

The winners will be announced at the first Sussex Apprenticeship Awards, which will take place at the Hilton in Brighton on Thursday 9th December.

As training provider of the Level 4 Apprenticeship, the PRCA recruits and trains budding communicators to excel within the PR industry.

We place bright sparks into real-life PR agencies or departments where each builds up the knowledge, skills, and behaviours of a PR & Communications Assistant. Their day-to-day work experience is supported by PRCA Membership and industry training delivered by PRCA, and they sit an end-point assessment to demonstrate what they’ve learnt.

To find out more, speak to the team.