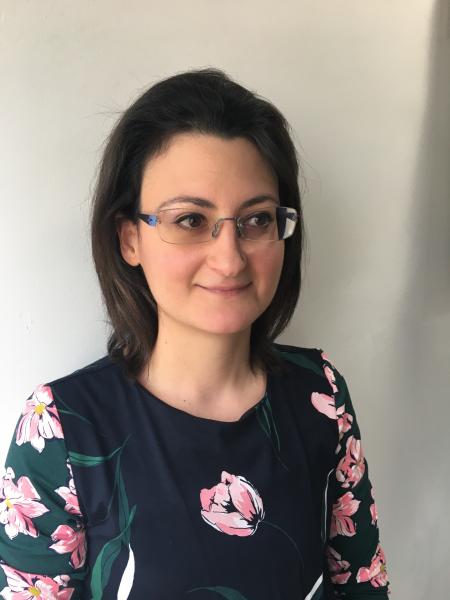 Did you know what a career in PR was when you were growing up? My six year-old daughter knows vaguely what a doctor or teacher does because she has naturally crossed paths with them. Whilst I may have heard the term ‘PR’ at some point as a teenager (mainly in the context of 90s sitcom Ab Fab), I had no idea what it truly was (nothing like Ab Fab in my experience). Until lo and behold, a careers advisor at university mentioned it to me as a possible career choice for me when I said I was interested in working in media or journalism.

I went along to an IPR (now CIPR) careers day to find out more about PR and discovered that it actually appealed to me. I’d spent my student days working part time for newspapers and magazines, doing voluntary PR work for a charity and temping for a range of organisations. My first job after graduating from university was an in-house marketing role before embarking on what became my eight-year PR agency career, most recently at PRWeek’s Best Places to Work winner, Octopus Group. That was all before landing my even better dream role which I’m in now!

But even after I’d been working in PR for a while it was not easy to describe the PR function, let alone explain my role to family and friends. Engineers, teachers, doctors, lawyers and journalists don’t have to explain what they do before someone can make some sense of it, do they?

I do love hearing about PR agencies increasingly reaching out to schools, colleges, universities and communities to try and educate young people about careers in PR - it might not be the career path for everyone but at least they will know about it in order to decide for themselves. Perhaps employers are realising the pipeline of talent is drying up so they are more compelled than ever to start bridging the skills gap. Often it’s an act of goodwill and wanting to give back to society. It’s something other industries are doing too, so PR is not alone in this of course. But many employers need to do a lot more to publicise PR careers more widely.

I was particularly interested to read about Porter Novelli partnering up with girl-focused charity BelEve to offer young women a taste of PR agency life. BelEve does outreach at schools and in the community, and workshops with Lewisham’s youth service, to identify young women who might benefit from its ‘skills development experiences’. The scheme saw nine young women spend time at Poter Novelli to develop a campaign around sexual harassment called ‘It is That Deep’. It’s quite unique really.

Rather than just go along to a school and talk at them, bring them in and let them use their experiences to shape a real life campaign that will make a difference so they can witness the power of PR - driven by them - come to life. That will stay with them forever, whereas they may not remember a 20-minute ‘careers talk’ - as great as they can be too!

I think we need to see more employers not only address ‘young women’ or ‘young people’ but ALL people. Many older workers with hidden PR skills, for example, could find fulfilling careers in the industry, if they had a way of being introduced to it. Many might have moved away from PR life for a number of years and could bring their skills and life experience to benefit your team or agency. And by ‘older’ I don’t just mean people in their 30s - those too - but what about people in their 40s, 50s and 60s who have so much to offer and just need to stop being overlooked?

And don’t forget about men!

Through all our great efforts to focus on diversity regarding women and ethnic minorities - and more needs to be done here - let’s not forget about the lack of men in PR too! There might be more men at board level but are we getting enough men in the industry? Just don’t leave anyone out is all I’m saying!