It’s time for a PMQ makeover 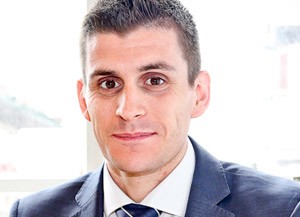 Quite simply, it’s time for an overhaul of Prime Minister’s Questions.

Many words could be used to describe atmosphere in the Chamber during the last PMQs before the Easter recess. Boisterous. Contentious. Highly charged. But one springs particularly to mind. Unedifying.

What was remarkable was that the start of the session was in stark contrast, with honorable members soberly reflecting on the tragic loss of life in Brussels after the heinous and cowardly series of terrorist atrocities. But discussion swiftly turned to the Budget and particularly the row of over Personal Independence Payments. Jeremy Corbyn wanted to know why the Budget was unravelling, why the Chancellor wouldn’t apologise, and where the money would come from to fill the hole in George Osborne’s plans. The Prime Minister was in no mood for a lecture, instead waving leaked documents from Labour activists and exhibiting rare ‘Flashman’ form.

Swiftly the atmosphere changed. Amidst the braying shouts, John Bercow was forced to turn from Speaker to circus master, order only being restored towards the end of the session when party rivalries gave way to serious questions.

It was an unseemly exhibition for anyone outside the Westminster bubble. While it made for amusing lunchtime theatre, it did little to further political discussion. And sadly this is now the norm rather than the exception.

PMQs should be when the Prime Minister is required to explain or defend his government’s actions on a range of topics. But it’s now more like an episode of Jeremy Kyle than an exercise in political scrutiny.

And this is before we even get to the content of the questions. At least twice in every session, the Prime Minister will be asked “to join” an MP in acknowledging the achievements of a group of individuals or institution. Now, the majority of these named persons or groups deserve recognition. But is parliamentary scrutiny advanced by serving up a series of softball questions to a Prime Minister who is never in a million years going to fail to pay tribute to the Armed Forces, aid workers, the emergency services or others? Could a different mechanism be put in place to rightly acknowledge selfless contributions while allowing questions that inform the public on the issues of the day?

PMQs is no longer an exercise in debate. It’s a soap opera that does little to inform. And it sets as a bad an example as pampered sportspeople screaming at each other or a referee on a Saturday afternoon. Young people watching could well be forgiven for thinking PMQs represents an appropriate way to debate. Or worse, they’re put off politics by the level of vitriol in the House of Commons’ most high profile moment of any given week.

The ‘new politics’ and courtesy Jeremy Corbyn claimed to want when elected to the Labour leadership in September is dead. Which is a pity. Rather than such an unedifying spectacle, it would be nice to see a scenario in which MPs are only allowed to ask questions benefiting their constituents or holding the PM to account on matters of national policy. It would be wonderful to see more civility and formal debating, rather than who shouts loudest wins. And it would be great to see the Speaker empowered to not just admonish miscreants, but have them removed from the chamber at the earliest opportunity.