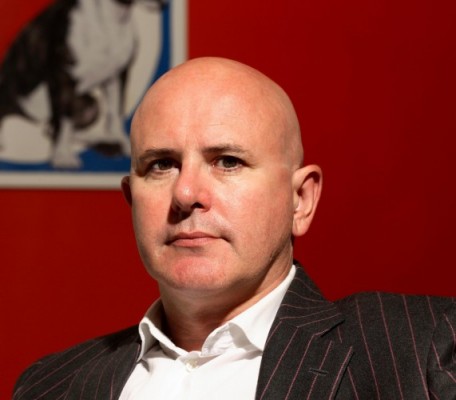 If Christmas is a season of too much eating, drinking and making merry, the first week back to work after New Year is often a time to chomp voraciously through professional resolutions, trends and predictions to the point of mental indigestion.

Sorry if I am about to add to that, by reflecting on just a few that have caught my eye, or echo what we are thinking and doing at Weber Shandwick.

Europe – a year for decision (or talking about one)

Europe will be the biggest communications issue, as well as political issue, in the UK and for the EU. Whether the actual EU referendum is delayed until 2017, or held as the PM would prefer later this year, it will be the most hotly-debated issue across business, media and society during 2016.

Although I have long been active on the policy issues, I am also interested to follow the campaigns and PR strategies. The polls have a narrowing gap between the INs and the OUTs, the UK media remain largely hostile on Europe (back in the mid-70s at the last IN/OUT referendum, only the CommunistMorning Star was for staying out), and as we saw in France in the aftermath of the Paris terrorist atrocities, public opinion on the EU and associated issues can be very volatile. It will be close but it is likely to be a “head over heart” poll, like the Scottish Referendum, on the day, with the PM and the pro-Europeans winning, however narrowly.

The year closed with a classic “David vs Goliath” (no David puns intended) story courtesy of the Daily Telegraph, “warning” that our letterboxes, inboxes and poor little heads could be flooded with pro-EU propaganda from the Commission, on the grounds it is based in Brussels and therefore not subject to UK election laws and spending limits. The story was based on nothing more than assertion and speculation by – wait for it – none other than the CEO of the Vote Leave campaign, who used the newspaper as a platform to launch a public fundraising appeal to “amass a war chest” to fight their campaign.

Nice try. But it does underline one of the potential pitfalls of the Yes campaign, which needs to avoid being characterised as a conspiracy of the elites – big company CEOs, political grandees, EU institutions – against “the people”.

So the referendum will not only be one of the big political challenges of 2016 but one of the most fascinating communications battles for hearts and minds.

A welcome trend, particularly for middle aged folks like me who still think they are twenty-somethings, is thinking “post demographics” (as outlined by Rebecca Coleman in Marketing). In other words, moving beyond the obsession with putting people in neat but increasingly superficial boxes. (I have a Gen Y and a Gen Z kid. Just five years’ age difference, but in terms of experiences, attitudes, media consumption, influences on buying decisions, culture, and brands, they could not be further apart.)

Trendwatching.com said recently: “People – of all ages and in all markets – are constructing their own identities more freely than ever”. Last year at SXSW, Netflix VP Todd Yellin described traditional demographics as “almost useless”. Increasingly our industry will focus on helping clients connect and engage with people based on shared interests or good old human emotions like humour and compassion, rather than just the time and place they were born.

Kat Gordon, founder of The 3% Conference – a call to arms by women in advertising to combat the overwhelming dominance of male creative directors – has stated that “diversity is the best thing that could ever happen to creativity,” and claimed that advertising was “broken due to a failure of the imagination…what can we get from a room full of people in the same situation, validating instead of challenging each other?”

The PR industry – the PRCA, The Taylor Bennett Foundation and others – has started to take its own lack of diversity more seriously and Weber Shandwick will continue to play its part and try some new approaches. This year I expect to see more action on diversity, and acceptance that it is good business as well as the right thing to do.

You could not attend a PR conference last year without my friend Robert Phillips, the ex-Edelman EMEA CEO, popping up with his book and claim that “Trust me, PR is dead”. I was invited to debate with him several times and we ended up largely agreeing with each other, apart from his title, but I guess “Spin is no longer effective” wasn’t sexy enough for his publisher.

Meanwhile, at the Holmes Global event in Miami last October, US advertising legend Chuck Porter declared: “The war is over. PR won,” and a leading creative at Adam&Eve told the PRCA conference that advertising had never been so fearful of the growing power of PR.

So that’s all clear then.

Hopefully this year PR will focus less on navel-gazing and the odd bout of self-flagellation, and more on continuing to push the boundaries of traditional PR, while keeping true to the “engaging, always” spirit of true PR.

Once again 2015 drove home some key lessons on how to protect, and how to destroy, corporate reputations. In 2016 brands and corporations – increasingly indivisible – will pay even more attention to this top corporate asset. Not through spin, not through naked self-promotion, but through evidence-based stakeholder engagement. This gives consumers and citizens the opportunity to make an informed choice about a company or brand, rather than feeling they are being told what to think or that it is all just smoke and mirrors anyway.

Increasingly – and we have seen this in campaigns that wow at Cannes and beyond in the last few years – this will mean brands and companies having social as well as commercial purpose. But the corporate crisis road is littered with brands and companies who were rightly striving to do good in society and for the environment, only to have their own product or people or internal culture blow all the good work out of the water. (The VW emissions scandal being only the latest cautionary tale.)

Another trend we have been following in recent years is the changing role of the CEO and the increasing impact of CEO reputation on corporate reputation and corporate value. Our Chief Reputation Strategist, Dr. Leslie Gaines-Ross, has outlined how this trend will accelerate in 2016, articulating nine features including greater focus on employee engagement, gender balance in corporate leadership, CEO activism on social issues, and the use of new technology in “live” stakeholder communications.

You know this. The Holy Grail will continue to be insight-driven, emotionally engaging, big, creative, channel-agnostic ideas that people not only like and respond to, but also want to share and engage with. More than ever before, in 2016 that will involve visual and video-based storytelling and stories.

2016 will be the year engaging content comes of age in PR.

Finally… there is the trend of unpredictability

From the European referendum to conflict in the Middle East, from the Chinese stock exchange to the American election, to the stuff we just don’t know about until we check Twitter first thing in the morning, unpredictability will be the biggest trend of the year. In such an uncertain time, public relations leaders are well placed to keep their organisations attuned to what’s going on outside and inside, and this will make our discipline even more prized and influential in the coming year.