Preaching the Gospel of Africa: Opportunities for Global Communication Professionals 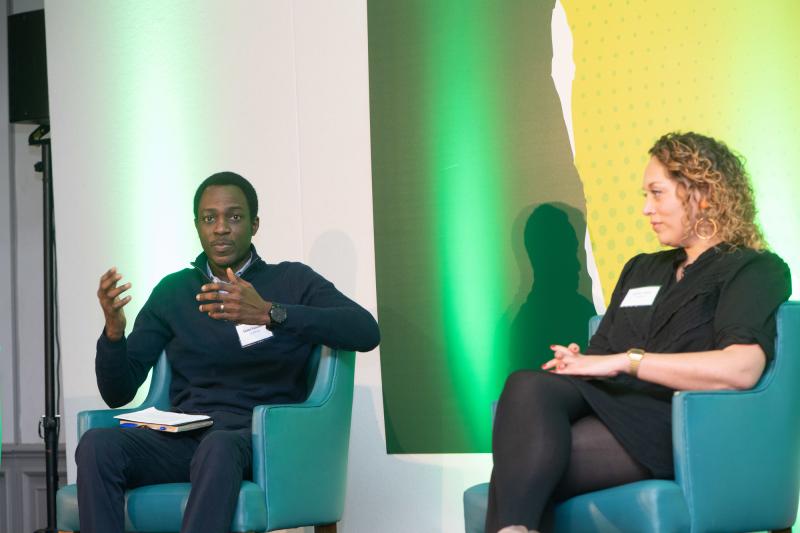 On October 17, 2021, I joined the world’s leading PR and communications experts from over 30 countries to attend the ICCO Global Summit in London. The experience was made even more special because BHM, ID Africa’s sister company, was participating as Africa’s first platinum sponsor of the event, and I was also going to be speaking on a panel to discuss insights from Africa for communications professionals.

Before going on stage, my co-panelist, the fantastic Jessica Hope, and I agreed to ignore the ‘challenges’ part of the topic we were given. Why waste precious airtime telling this international audience about what’s not working on the continent? Instead, we chose to dwell on the opportunities and trends that make Africa such an exciting place for communicators and international businesses.

As is required of all Africans in these spaces, the first thing we reminded our audience of was that indeed, Africa is not a country, and as such, communicators and brand managers who are looking to do business on the continent must plan to engage its 1.3 billion humans, who come from over 3,000 ethnic groups, who speak over 2,000 unique languages, who live in 54 different countries... in different ways! This remarkable cultural diversity on a single land mass makes Africa quite complicated  (comparatively with China, India and LatAm), and at the same time pose an exciting challenge!

The implication of this is that brand communicators coming from Asia, Europe and the Americas must come prepared to do their due diligence and thorough research, in order to understand the local context within the countries and regions they wish to do business in Africa. There can be no single ‘Africa strategy’ for your consumer communications, media relations or stakeholder management to be plugged and played successfully in different countries. What works beautifully in Nairobi may fail spectacularly in Dakar, and the thing that is warmly embraced by millions in Lagos may cause a riot in Kano –– less than a thousand kilometers away inside the same Nigeria!

While the complexity of Africa’s diversity serves as one more source of headache for organisations looking to do business across multiple borders, there still exists certain behaviours, attitudes and beliefs that are commonly found all over Africa, as well as elements of the arts, faith, fashion, food, music, dance and aspirations that seem to connect the peoples and cultures on the continent together. Smart communicators working in different African nations will do well to identify these commonalities and use them as bridges and vehicles of engagement.

Africa used to be mostly recognised by its wildlife and the images of elephants, lions and giraffes grazing in the East African safari. Today, the most powerful representation of Africa on the global stage is arguably its creative artforms––fashion, entertainment, sports and the sheer force of its people’s creative energy. More specifically, African entertainment has penetrated pop culture and thanks to the internet and the growing power of diasporans, the sights, sounds and styles of Africans are becoming easily accessible to a global audience.

The continent’s influence on global pop culture is so powerful nowadays that as a Nigerian currently living in the UK, within only a few minutes of starting some small talk with young people from the most distant countries possible, our conversations usually ended up with the mention of Wizkid or Burna Boy or Davido or Nollywood, or Jollof rice. I even get the daily “How far?” greeting from my Iranian friend, Alireza, who’s a big fan of the Nigerian pop star, Tekno.

Everyone from Jay Z and Beyonce, to Drake, Justin Bieber and Ed Sheeran seems to want a taste of Fela’s classic Afrobeat, or a dose of contemporary West African pop music, commonly referred to as ‘Afro beats’. So, what does this mean to marketing and communications? African pop culture could be a fresh, truly unique and powerful engagement vehicle with which to reach urban youth all over the world. By respectfully and authentically incorporating slices of African art and creativity into youth marketing communications, brand custodians can reach new audiences, especially in the UK, Western Europe and North America. Wizkid selling out the O2 Arena for three nights in a row is further proof of the power that African artforms now wield over global pop culture.

Much has been said about the economic challenges facing African countries and how the continent is mostly lagging behind the rest of the world by most indices and growth metrics. However, it’s definitely not all doom and gloom. According to EY’s Africa Attractiveness Report 2021, Africa’s FDI relative to GDP compares favourably with other regions of the world. 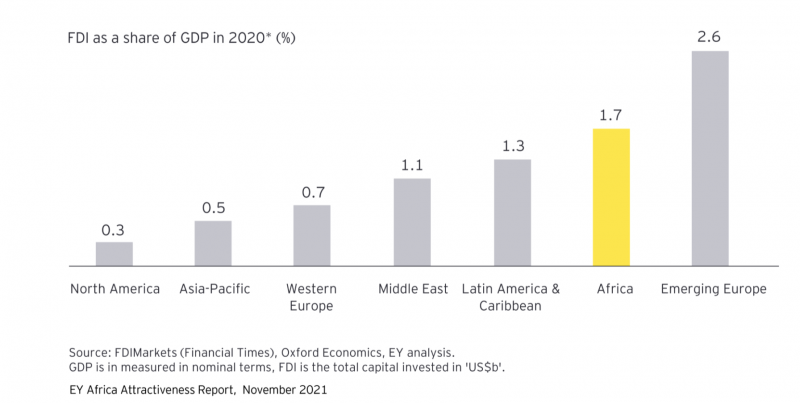 Amid global challenges, Africa with its abundant natural resources, remains one of the most attractive investment destinations in the world. This gives the continent the potential for enormous growth and innovation. Furthermore, the economic promise that the African Continental Free Trade Agreement (AfCFTA) holds is quite significant, if properly executed. AfCFTA could potentially create seamless cross-border trade amongst 54 countries that would unlock a single market of 1.3 billion people with a potential GDP of $3.4 trillion.

With a median age of 18 years, Africa is also the continent with the world’s youngest population. This young population, if properly engaged, could serve as the key global talent pipeline that will fuel the development of the continent and the world’s future. Possibilities in this regard are already evident in the technology sector with the emergence of exceptional talents and entrepreneurs who are building startups employing and serving millions of people in places like Kenya, Nigeria, Egypt, South Africa and others.

Tech talent is one of the biggest exports out of Africa right now. Today, there are over 640 tech hubs on the continent, and by the end of 2021, African tech startups would have attracted over $2.3 billion in annual venture funding. This is expected to hit $10 billion by 2025.  This explosive, continued success of the African tech ecosystem in the last 5 years should be exciting news for communications professionals within and outside Africa, who are looking to grow their prospective client list!

In addition, these remarkably talented African tech talents would be in the best position to help marketing and communications professionals apply the use of technology to solve the very critical challenges facing the industry in Africa. These challenges include problems around campaign monitoring, measurement and analytics, seeing as imported tools from outside the continent don’t seem to very well ‘speak the language’ or understand local contexts and nuances. Homegrown products built by homegrown talents would best solve these peculiar challenges of the African comms industry.

Magic of the African Diaspora

For Africa, some of the biggest winners in politics, business and culture over the next couple of years will be those who can capture the interest, gain the trust and galvanize the energy, influence and economic capital of Africa’s massive diasporan community. Whoever is able to build a cultural bridge that links Africans to their ancestral home continent from their newfound homes in Europe, North America and Oceania, will truly unlock the goldmine of Africa’s human resources.

I truly believe that authentic and culturally relevant communications developed and delivered by expert communicators with deep understanding of Africa will play a key role in the building of these bridges. And that African arts, style, entertainment and popular culture should be the self-driving vehicles serving these bridges.