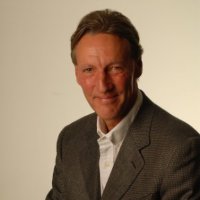 Preparation is everything. This is a rule of life, but in a crisis it’s critical. Any preparation will help. Zero preparation leaves you floundering, speechless, looking bad, feeling bad.

The spokesperson’s performance is supremely important. If it’s good, you will probably survive the crisis unscathed. If it’s poor, you have no chance.

People neither know nor remember the details of a crisis. What they remember forever is how the company behaved. That’s why the spokesperson (the CEO) is all-important.

You need to communicate rapidly with a lot of stakeholders (rule of thumb: whatever you tell the media you tell stakeholders simultaneously). Do you have access to these lists? (Probably not).

Most crises emerge from a media call or something on social media. Don’t try to move too fast. You have an hour: use it to verify, think and compose your initial response. Concerned, calm, human.

Your initial response is extremely important. It’s often your only response. It needs to be written by someone who has been round the block a few times. It will be accessible forever.

Crisis SOPs: these are often 20-page documents which no-one reads or understands. The only SOP which matters  is: ‘From now on, no-one says anything to anyone except through comms’.

Separate the people handling the crisis from the people dealing with communications. The CEO will usually want to be in charge of ops. She mustn’t: she has to be the face and voice of the company.

Training: most CEOs get media training once or twice a year. Usually a bit patsy. In a crisis, the media are like sharks. Give the CEO aggressive, abusive media training at least once a year. It’s not fair to expose her (or him) to the media at their worst without preparation.

When it’s all over… take the time to thank the people who have gone over and above the call of duty. Like the security guard at the logistics park who was approached by a friendly stranger, said nothing and called you. You want these people to do the same thing again. Because there will be another crisis: an 80 per cent chance in any five-year period.