The End of Spin? 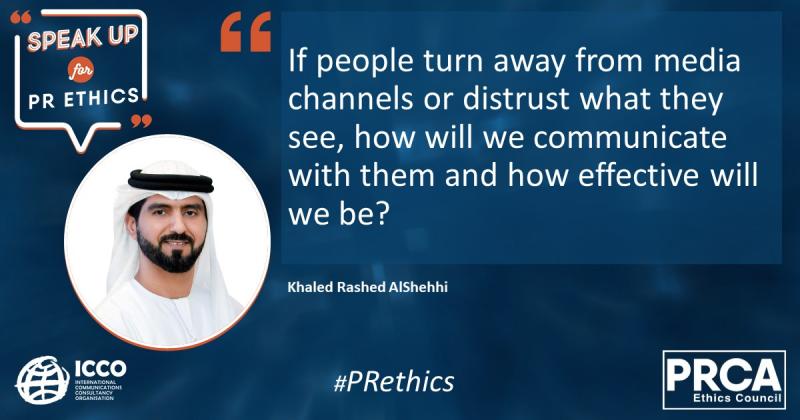 “Houston, we have a problem” could easily be the cry coming from newsrooms and PR agencies in many countries in the world. Starting in the USA. A recent Gallup poll has revealed that Americans have a consistent lack of trust in media, with more than three-quarters of the public saying they don’t have much confidence in newspapers or television news. Only 21% of respondents said they had "a great deal" or "quite a lot" of confidence in newspapers, while only 16% of respondents reported the same of television news. A Reuter’s survey confirmed the USA had the lowest level of trust in media among 45 countries.

Media outlets have long been accused of leanings, bias, agendas and even favourable coverage for advertisers. When fake news and the manipulation of social media to impact election results became a thing, understandably, people questioned what they were watching or reading even more. Some audience segments even reduced their news consumption. While interest in news increased a little with the pandemic, there are concerns about censorship and even news manipulations. Around 30, mostly Western, journalists have come together to object to “censorship” and “fearmongering” about Covid-19 that they say has been put out by the media and tech giants since the pandemic began. The group, “Holding the Line: Journalists Against Covid Censorship”, have argued that attempts to share concerns counter to the “one official narrative” or “one ‘scientific truth’” have led to reporters being criticised by their managers, freelances being blacklisted, and the public receiving a “distorted view of the truth”.

Regardless whether this ‘censorship’ is real or perceived, developments like this further dent the dependability of news and media content and this should concern all communicators. If people turn away from media channels or distrust what they see, how will we communicate with them and how effective will we be?

To bring audiences and trust back, communicators everywhere need to increase their efforts to be authentic, real and transparent. Facts must be genuine and checked to avoid any suspicion of manipulation. This is true for governments, public sector organisations and commercial entities.

Is this the end of spin? Story telling will remain and even prevail but not at the expense of the truth and facts. Using disingenuous, deceptive, and manipulative tactics to procure a certain version of facts will only expose the culprits to a backlash when an army of activists and emboldened whistle blowers provide a more genuine version.

The industry needs to tread very carefully to avoid this turning into an existential crisis. While there is a silent majority of passive news consumers, the noisy minority of people who question and point fingers is getting louder, planting the seed of doubt and distrust. Everyone should be careful about not turning a news story or content piece into a gun firmly pointed at their foot.

In times like these, when few stories are positive, the temptation to soften the edges and brush the nasty details under the carpet can be hard to resist but that’s poor advice. Yes, that’s the shoe-in to then sell crisis management consultancy but only to fix a problem you’d have contributed to create. The ethics here are highly questionable and will win you very few friends in the long run. Honesty and transparency are a far better policy because they are the foundation of sustainable relationships with all your stakeholders.