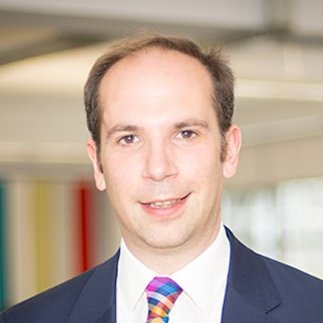 Three years ago I wrote a book on media relations that was very critical of advertising value equivalency as a measurement. Now the Chartered Institute of Public Relations has come out and decided it wants to punish anyone who uses it. I think they’re making a mistake - and turning this into a disciplinary matter will do no one any favours.

Don’t get me wrong, there’s no way I think that AVEs is an amazing metric that everyone should use. In my department I don’t use the measure at all. But what this new, over-the-top CIPR approach misses is that different practitioners have very different objectives, and that a measurement that might be wrong for one purpose can have value for another.

In trying to understand where the CIPR is coming from, just look at how it defines PR. It says that PR is "the discipline which looks after reputation”. That is, I would say, a bit eccentric: this definition forgets that many tens thousands of people employed in PR are really generating publicity for products and causes, rather than doing issues management or stakeholder engagement. Their definition is, more accurately, a definition of corporate communications, not PR as a whole. Anyway, the result of their myopic definition of PR is that some of their insiders have got an absurdly strong religious fervour about the sin of AVEs. It’s whipped up by people who have never worked in marketing communications, who just can’t see how it could possibly give anyone any help in evaluating their work.

If you’re running the comms team for an organisation with a complex reputation, like an oil company or local authority, would AVEs be a useful measure of your department’s success? I would say not. But would it be legitimate to set AVEs as a key performance indicator for a press officer employed by a cool, new app startup that needs to secure thousands of downloads? It might help the company get the behaviour it’s after from its employee.

And that’s really the essence of whether a measurement is good or not: whether it encourages the behaviour you want. Oddly, I’ve never heard those who habitually rail against AVEs distinguish between measures for whole departments and key performance indicators for individual staff members - perhaps not surprising as those people rarely seem to actually work in a PR team, but often seem instead to be freelancers employed selling training about measurement. In fact, AVEs as a measurement could well answer the question: “Is my media relations team or agency working hard?” The fact is that when setting KPIs, you need something that’s quick and easy to calculate, and some managers find AVEs a useful way of driving performance.

Quite frankly, I think it’s mad that a 22-year old graduate in her first PR job could be named and shamed, expelled from her professional body, and smeared as “unethical" for merely following her manager’s instruction to calculate what AVE she’s produced that month for an internal departmental report.

The truth is that all measures of PR have flaws in them. Many other PR measures, like AVEs, have significant drawbacks, such as retweets (which tell you nothing about whether the activity is helping you to sell), opportunities to see (wildly inflated figures who bear little relation to a mention’s effectiveness), favourability (right in principal but the software that produces those figures doesn’t work), or YouTube views (figures which include views where one pixel was on the screen auto-playing for three seconds with the sound off).

Way worse than using AVEs is not measuring at all, and that’s a failure that’s commonplace in the PR world. For my CIPR diploma in crisis communication, I interviewed some leading CIPR members on how well they follow academic best practice, and it was clear that almost nobody properly evaluated their work. Rather than punish practitioners who use AVEs, professional bodies should be educating people on the need for measurement and helping people to develop low-cost measurement systems that are better than AVEs.

Alex Singleton leads an in-house communications and marketing department at a plc. He is chairman of the PRCA media relations group and author of Britain’s best-selling book on media relations, The PR Masterclass [http://www.alexsingleton.com/the-pr-masterclass/] (out now from Wiley)