5 Things You Need to Know About the Gender Pay Gap 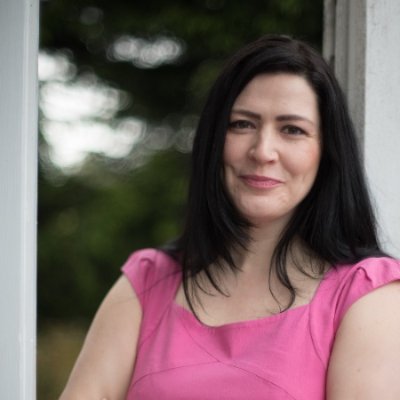 6th April 2017 marks the rollout of new legislation that will force companies of a certain size to publish gender pay gap information. Still a hot potato within many industries, not least of which PR, this new regulation is likely to inflame existing debate. But before you plough into the conversation, do you know the basics?

What is the gender pay gap?

The gender pay gap is a way of expressing the average difference between men and women’s’ salaries over an aggregated period of time. It is usually denoted as a percentage of men’s salaries. The UK gender pay gap currently sits at is 9.4% for full time workers and 18.1% for both full and part time workers (stats from House of Commons Library, March 2017). The gender pay gap is not to be confused with the Equal Pay Act of 1970 which states that it is illegal for men and women to be paid different amounts of money if performing the same or similar roles of equal value. Therefore the gender pay gap does not reflect difference in pay for comparable jobs.

What causes the gender pay gap?

There are a number of complex reasons for the fact that women, cumulatively over their lifetimes, get paid less than men. Women’s rights campaigning organisation, The Fawcett Society, attributes four main causes for the disparity: discrimination, unequal caring responsibilities, a divided labour market and men in the most senior roles. The Government also highlights that a higher proportion of women choose occupations that offer less financial reward; many high paying sectors are disproportionately made up of male workers and a higher number of women work part-time. It also acknowledges that women are less likely to progress up the career ladder into high paying senior roles as men.

PR Week’s ‘PR and Pay Equality’ report interviewed 20 women in senior agency PR roles on the subject. Their findings, launched on International Women’s Day 2017, emphasised other cultural phenomena that contribute to the gender pay gap, such as fear, negotiation skills and unconscious bias. Interestingly, some of these imply that there are issues that women can begin to look at addressing themselves (for example getting tougher in their salary negotiations and not being reticent to discuss pay for fear of being labelled a ‘troublemaker’). This is a sentiment that is advocated by Sheryl Sandberg’s Leaninmovement for the empowerment of women in the workplace. Inspired by her, I recently wrote for We Are The City about how women can begin to make positive changes to address gender equality in the workplace.

What is the new gender pay gap regulation?

On 6 April 2017, new regulations come into force requiring all private and voluntary-sector organisations with 250 or more employees to publish information about their gender pay gap results. These must be made available on the employers’ websites and on a government website. Although the legislation does not apply to organisations with less than 250 employees; companies of any size are invited to embrace the reporting. It is hoped that having this level of transparency will motivate employers to close, reduce, or eliminate their gender pay gaps.

What does the PR industry think about it?

Whilst some agencies are “shining lights of change” according to Sarah Pinch, MD of Pinch Point Communications, research carried out by PR Week, Women in PR and the PRCA in 2015 “paints a stark image of an industry in which some agencies maintain an unacceptable attitude towards women.”

Nearly 80% of those surveyed in the research were of the view that PR companies should voluntarily report, even if they fall below the 250 employee limit set by the Government.

Fortunately the PRCA set an example in publishing its own gender pay gap information (which sits lower than the national average at 9.1%) and has committed to guiding members on how to report their own findings. This report can be found here. The PRCA is also incorporating the publication of gender pay gap information into CMS - its kitemark accreditation of excellence.

How can I get involved?

The laws will kick into force from April 2017, from which point employers will have up to 12 months to publish statutory calculations showing how large the pay gap is between their male and female employees. ACAS, the Government’s equality office provides guidelines around reporting here.

Regardless of whether or not you must publish your information, you may want to check out PR Week’s list of seven solutions to the gender pay gap here, with practical suggestions on how to tackle it head on.

We’re interested to hear about what you think of the gender pay gap reporting and how you and your organisation are addressing it.