What Did P&O Get Wrong? 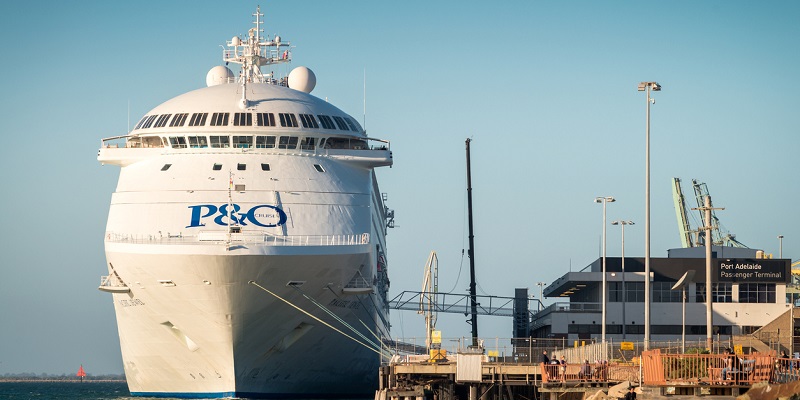 In this month’s hot topic, we examine the actions of P&O Ferries which led to public outcry at the time and consider what they should have done instead in line with UK employment law. P&O Ferries became a case study on how not to manage redundancy dismissals, following the way in which they dismissed 786 employees back in March 2022.

You can watch our recent webinar on P&O Ferries’ dismissal, here. Keep in the loop by signing up to our Upcoming Webinars.

When P&O wrote to the Secretary of State for Business, Energy, and Industrial Strategy on 22 March to confirm the action taken, they advised that all employees dismissed belonged to the Jersey-based subsidiary of P&O and were not all UK residents.

P&O Ferries does not fall within the remit of UK employment law, as it falls under the jurisdiction of maritime laws. However, the Employment Rights Act 1996 does specify that in certain circumstances, mariners can claim unfair dismissal. Specifically, section 199, 7a-c states:

This case study is unique and technical given the various jurisdictions involved, however, we do know of one employment tribunal claim lodged in the UK, under UK employment law. Therefore for the purpose of this hot topic, we will look at the steps they took and how it aligns to UK employment law only.

Regardless though of which jurisdiction applies, the public outcry on how the company treated its employees demonstrates how badly this will have seriously damaged the company’s public reputation.

On 17 March 2022, P&O Ferries announced to 786 employees, via a pre-recorded video call, that they would be made redundant with immediate effect. They announced that the business would adopt a new operating model using agency workers. There was no consultation.

The company paid all 786 employees a settlement pay-off payment then recruited agency staff to replace the employees but paying under the UK national minimum wage.

Consequently, it led to a public outcry, not just from government ministers and MPs, but from Trade Unions, P&O customers, past and future, and from employees themselves. With reports that some employees refused to disembark ferries.

What further materialised, is that the CEO, Mr. Peter Hebblethwaite, when called to answer questions by the Commons Select Transport Committee, admitted that the way in which the company handled it was intentional.

With news being available more or less instantly because of social media, this became a massive story very quickly damaging the company’s reputation. Not only this, but the company and its actions were the subject of written questions tabled in parliament, debates in the House of Commons and the subject of PMQ’s.

The company was also called to an evidence session of the Commons Transport Committee which involved witnesses.

Mr. Peter Hebblethwaite, the CEO of P&O Ferries, confirmed to the Transport Committee & Business Energy and Industrial Strategy Committee on the 24 March 2022 that the reason behind their actions of the 17 March was because of the company having lost an unsustainable amount of money and that the business would have had to have closed had they not taken the decision they took.

Whilst Mr. Hebblethwaite said that all options had been considered including taking the action of consulting first before dismissing, the company concluded that all of the other options would have resulted in closure of the company. Adding, that no union would have accepted their proposal to move to an operating model which used agency workers.

On 1 April 2022, the Insolvency Service confirmed that it was opening a civil and criminal investigation into P&O Ferries for its handling of the redundancies.

As indicated previously, we know of one employment tribunal claim that has been lodged in the UK under UK employment legislation.

John Lansdown argues in his tribunal claim that he was treated unfavourably as he is British and eligible for the national living wage and that the redundancy was a ‘sham’ given that his job was still needed, and no fair selection process had taken place.

The legal definition of redundancy as set out in the Employment Rights Act 1996, is that an employee is dismissed by reason of redundancy if the dismissal is wholly or attributable to the fact that:

The test of whether the dismissal was fair is determined by considering whether the employer’s decision falls within the band of reasonable responses. You can read more about what makes a fair dismissal, in last month’s Hot Topic and you can watch on demand the accompanying webinar.

Where it is proposed that 20 or more employees are to be made redundant over a period of 90 days or less, employers must formally consult with those employees likely to be affected BEFORE any final decisions are made. This is in accordance with section 188 of the Trade Union and Labour Relations (Consolidation) Act 1992.

Legally, employees who are made redundant and who have two years’ service at the date of dismissal, have a statutory entitlement to redundancy pay. Redundancy pay is not payable when an employee has under two year’s service. They would only be entitled to any notice pay, should payment in lieu of notice be made.

For P&O Ferries, they gave their employees a financial settlement to compensate them for having the employment terminated, which exceeded what they would have received as a statutory payment.

The financial settlements were significant amounting to more than £36 million, and reportedly, around 40 employees received payments exceeding £100,000. Nobody received less than £15,000.

How P&O Ferries have handled this matter provides a good case study of how not to carry out redundancy dismissals, here is a summary of why, and the risks for employers:

·         Webinar Recording: you can watch the HR Solutions webinar and download the webinar slides, at https://www.hrsolutions-uk.com/resources/videos-webinars-archive/

·         HR Knowledge Base: as part of your PRCA membership you can get access to the HR Knowledge Base, which is the go-to resource for thousands of business owners and managers across the UK.  The HR Knowledge Base includes HR documents, templates, legal updates, news and hot topic articles as well as access to free webinars and HR seminars.  To find out more call 0844 324 5840 or visit www.hrsolutions-uk.com/members-prca.