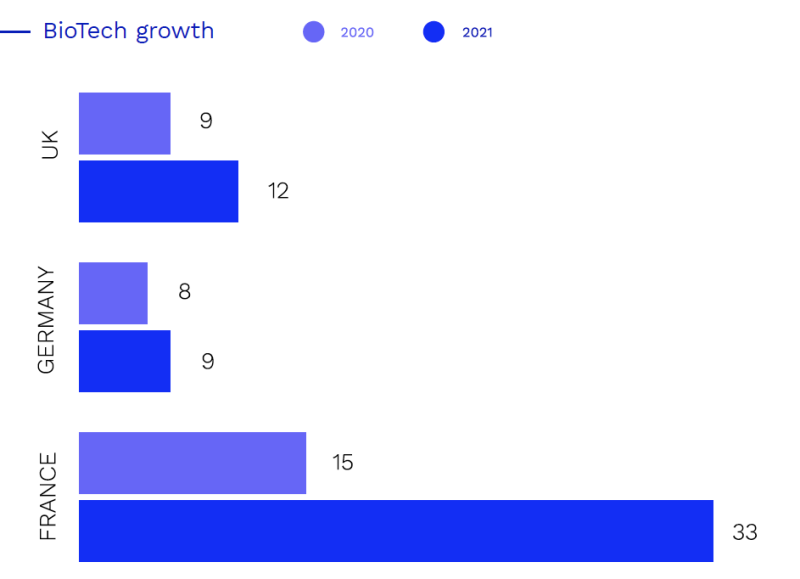 A pandemic that seems to have no end; a virus that continuously mutates, jeopardising the great vaccination efforts and keeping the world on edge; a globe at risk of ever worse and more frequent climate catastrophes... These are some of the greatest challenges facing society today. And, as is often the case, technology is evolving in parallel. So much so that our hopes are pinned on innovations to address these problems. Problems that could make the world as we know it cease to exist.

From our inception in 2017, Tyto wanted to be the perfect partner for organisations in the technology, science and innovation sector. Our goal is to accompany companies that move the world forward — companies that, through the power of technology, provide solutions to various problems facing today's society. When we launched Tyto, we also knew that it was necessary to keep abreast of developments in the technology sector and we wanted to have a panoramic overview of the landscape in Europe. That is why we have been creating our Tyto Tech 500 Power List for the past five years.

Since launching the Tech 500 in 2017, our aim was to identify the most influential figures within Europe’s technology sector and to understand what truly creates influence. Each year, the Tyto Tech 500 tells us not only who is the most influential, but also what it means to be an influencer in that particular year. Now in our fifth year of examining and identifying influence, we have witnessed large shifts and new trends emerge across the many different categories of technology that we monitor. Our study shines a light on the central role tech is playing in addressing some of society’s greatest challenges as illustrated by the rise of GreenTech influencers, the growth of the HealthTech and BioTech categories, and the increased representation of Government and Academic experts.

The pivotal role of technology in the midst of a pandemic

Last year’s list was heavily influenced by the pandemic, as well as the political and economic uncertainty that it created. This year, Covid-19 continues to shape and impact the influencer landscape. For instance, the influence of people involved in biotechnology and HealthTech have risen dramatically, as has the influence of politicians, government advisors and academics.

The number of BioTech influencers in the pan-European Tech 500 list has grown by 69% and the volume of HealthTech influencers has increased by 35%. This year, one in 10 influencers in the top 500 list across the UK, Germany, and France belongs to one of these two tech sectors. The pervasiveness of HealthTech and BioTech because of Covid-19 and the importance of vaccination has made Chris Whitty (England’s chief medical officer), Kate Bingham (former head of the UK vaccine taskforce), and Özlem Türeci (BioNTech’s co-founder) some of the most influential personalities in 2021. 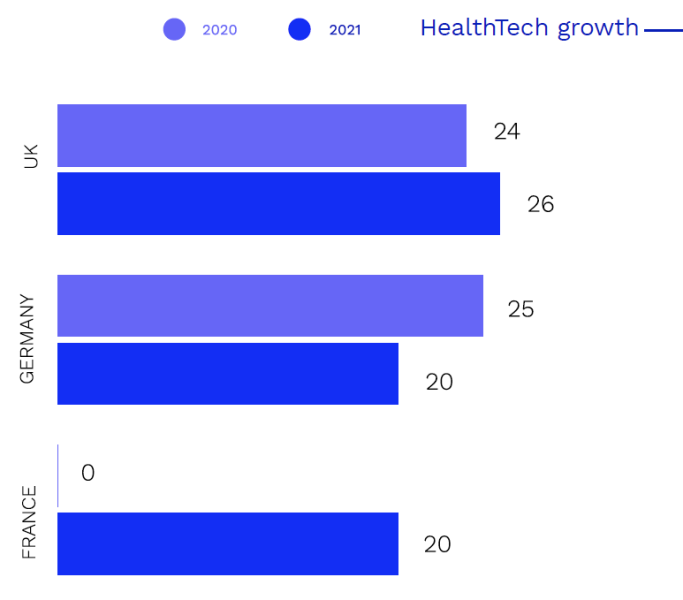 The pandemic also elevated the influence of academics, politicians, and government advisors. The number of influencers from academia in our ranking swelled by 74.4% and those from the governmental sector by 57.1%. A trend that is accentuated as we move up the ranking. 14% of the influencers in the pan-European top 500 are Academic or Government experts. This figure scales to 30% of the top 100 and 52% of the top 25. 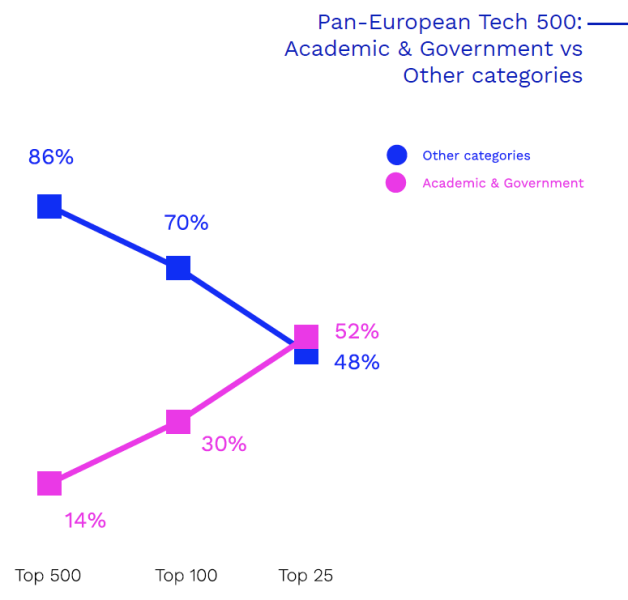 Against the backdrop of the pandemic, other global trends are reflected in influence. For instance, the influence of GreenTech has continued to grow as a consequence of the increasing environmental concerns throughout Europe. As COP 26 demonstrated, sustainability has gained considerable weight on the political, social, and media agenda. To reduce our impact on the environment, the number of green technology companies and projects is growing steadily and investment in GreenTech has also accelerated in recent years. 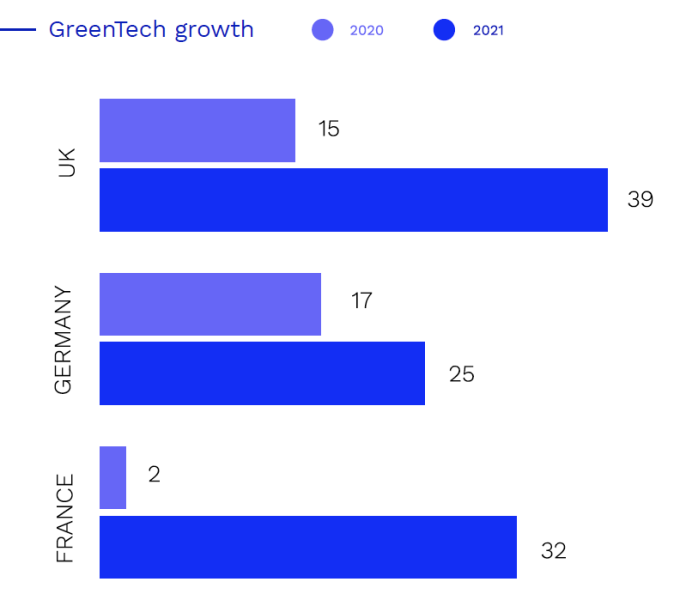 It is unquestionable that the findings of our study reflect what we have all been living through in the last year and show evidence of how technology has become a lens through which so many of society’s biggest issues are playing out. We will continue to keep a close eye on the evolution of the tech sector in Europe, unveiling more of the key shifts in the tech agenda. If you want to learn more about these and other key themes we have unearthed through our research, such as the continuing underrepresentation of women in tech or why journalists remain influential at a time of exponential growth in fake news and movements questioning press freedom, download our report here. You will also find the ranking of the top 100 most influential people in each country and insights on each of the 17 tech sectors we analysed.