Woke: Why Communicators Need to be Especially Mindful 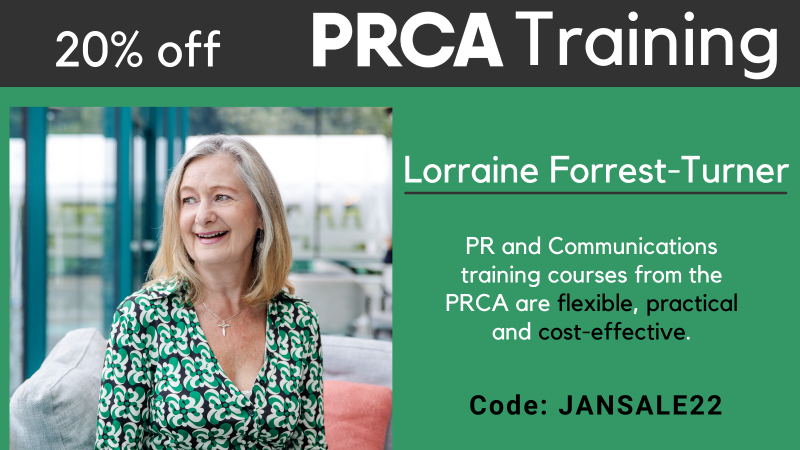 If you think ‘woke’ is a buzzword reserved for Gen Z liberals, think again. While some accuse “politically correct snowflakes” of being “over-sensitive”, those of us who work with words need to be especially mindful of our language.

Let me start by saying that I’m a white, straight, 64-year-old female. I live in a lovely Buckinghamshire town on the banks of the Thames and occasionally shop at Waitrose.

When I think back to some of the language that I grew up with in the 60s and 70s, I squirm with embarrassment. However, some less obviously offensive words still catch me out today. I’m learning. But maybe not quickly enough.

A couple of weeks ago, for example, a delegate on one of my training courses wrote to me to say that I’d upset her with something I’d said during the course she’d attended. I was horrified. I never want to upset anyone, least of all one of my students!

I’d asked her if I was right in thinking that English wasn’t her first language. The fact that this was during a discussion on the use of active and passive in English, and how it was less of an issue in other languages, is neither here nor there. By singling her out and asking this question in front of others, I had implied that her English wasn’t good enough. Nothing could have been further from the truth. But it doesn’t change the fact that my question was hurtful and insensitive.

I need to stop making ‘innocent mistakes’ and being ‘ignorant’ of sensitivities. I need to make a concerted effort to be more woke.

The origins of woke

It’s not uncommon to think of woke as a relatively new word. While the definition was expanded in the Oxford English Dictionary in 2017, its first official use is credited to novelist William Melvin Kelley in a 1962 New York Times article about the black idiom, ‘If You’re Woke You Dig It’.

Woke found its way into the mainstream predominantly via Black Lives Matter and the prevalent hashtag, #staywoke. Until a few years ago, it meant being alert to social injustice – with a particular focus on racism – but more than often today it’s being weaponized and used as an insult.

If you strip woke back to its definition – ‘to be aware of and actively attentive to important facts and issues (especially issues of racial and social justice)’ – then the way to counteract the negativity around being woke boils down to awareness.  We need to adopt an active awareness of our privileges and biases.

Back in 2016, just as woke started blasting into our vocabulary, writer Afrin Ahmedwrote, “It’s a state of mind. When I hear someone talking about being woke, it feels like that person is saying that they care about my experiences…realising that society doesn’t treat everyone equally and tuning into the fact that everyone experiences life differently.”

We’re already adjusting our content to what we think might be the best hook. We change our tone to better suit our readers. So, why would we not be aware of what might offend, or how to better represent them?

Choosing appropriate language strengthens our writing; it makes the reader feel heard. Disregarding marginalised groups will, at a minimum, alienate your audience. But, at its worse, it can have a hugely negative impact on your reputation.

The following advice is focused on written and spoken language. But we need to apply the same thinking to visuals as well. Avoid defaulting to stereotypes and include diversity in your imagery choices.

Unless specifying gender is required, keep it neutral. It’s commonly accepted these days to use ‘they’ in place of ‘he’ or ‘she’. Or use someone’s job title or role. For example, write ‘the teacher’s lesson, the designer’s sketches, the child’s rights’, rather than ‘his or her lesson, sketches or rights’. Avoid using gender specific titles such as ‘air hostess’, ‘actress’ and ‘chairman’ and opt for ‘flight attendant’, ‘actor’ and ‘chair’.

Generalising anyone over the age of 60 as ‘the elderly’ lumps a huge portion of your audience into one sweeping statement. Plus, ‘the elderly’ is as offensive as ‘the blind’ or ‘the disabled’. (See number 3 below.) The same goes for automatically bracketing all of Gen Z together, currently people aged 6-24. That’s a huge difference in age and experience.

People aren’t defined by a characteristic or condition. Rather than ‘the elderly’, ‘the blind’ or ‘the unemployed’, say ‘elderly/blind/unemployed people’. When referring to disabled people, be specific and avoid using terms such as ‘suffering from’ or ‘a victim of’. Instead, say ‘a person living with cerebral palsy’.

What you consider ‘normal’ might be anything but normal to someone else. Avoid using either ‘normal’ or ‘abnormal’. Some things are just different. Be specific. Use facts. If you are referring to trends, use words such as ‘mean’, ‘average’, ‘minority’ or ‘majority’.

If you’re writing about race or ethnicity, ask the person or people you are writing about how they want to be described. Be aware of any outdated terms. And make sure you’re not referring to something people are not. Just because someone is from the Middle East, they might not be Arabian.

You may want to consider using a sensitivity reader, someone who can help you spot any cultural, racial, diversity or representation issues, as well as any problematic stereotypes or biases in your language.

It can be hard to keep your finger on the pulse. What was once deemed polite is now considered offensive. Take the time, do your research and have those conversations. Your writing will be better for it. And your readers, will be more likely to engage with you.

Lorraine runs several writing workshops for the PRCA, including Honing Your Copywriting Skills and Write Results: from press releases to tweets.