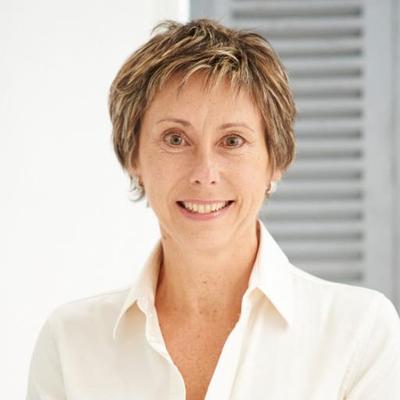 Several things have happened recently to bring me to this point – all of them symptomatic of a deterioration in public discourse and therefore offensive to someone like me whose great passion is helping people become skilful communicators.

You’ll have read the comments made by anonymous Tories about Theresa May.

She should “bring her own noose” to a meeting of the 1922 committee; “the moment is coming when the knife gets heated, stuck in her front and twisted. She’ll be dead soon”; “assassination is in the air”; May is entering “the killing zone”.

As one MP pointed out, if he’d been on the receiving end of such violent threats, he’d have called the police. And if those comments had been made in any other workplace, about a colleague, surely the perpetrator would be fired?

Then there was former MP Stewart Jackson who tweeted “pathetic cretin” at an image of a sick boy in a hospital bed draped in an EU flag. Following negative comments, he clarified that the comment was aimed at the boy’s stepfather.

Does that make it any better?

Shouldn’t people in public life be skilled spokespeople, able to express their opinions in a less crude, more mature and sophisticated manner? Or perhaps feel able (like Elsa in Frozen) to Let it Go!  Friedrich Nietzsche might have written those lyrics. He advocated that: "he who cannot put his thoughts on ice should not enter into the heat of dispute”.

I’ve just emailed Mr Jackson to offer him some free training similar to the work I do with 10-year-olds in schools. In those sessions, we explore how to deal with challenge/disagreement with control and respect rather than with anger and aggression. We try to follow Aristotle’s guidance:”it is the mark of an educated mind to be able to entertain a thought without accepting it”. I hope Mr Jackson takes me up on the offer. I’ll let you know.

Tolerance of others’ beliefs, or not, is prominent today at news of the overturning of the death sentence passed in Pakistan on the Christian woman Asia Bibi. She was convicted in 2010 of blasphemy for allegedly insulting the Prophet in a row with her Muslim neighbours. She spent 8 years in solitary confinement. A politician, Salman Taseer, was murdered for voicing support for her. How terrifying to live in a world where your words could be fatal.

No doubt this case will come up on Moral Maze on Radio 4. They debated the subject of ‘words as weapons’ in this climate of hatred, violence and abuse. And quite rightly the issue of freedom of speech will be explored. The juxtaposition of the MPs’ deliberate, public, violent language with Asia Bibi’s 8 years in jail for unspecified and unproven comments is thought-provoking.

Words have always and will always be used as weapons. But we seem to have lost the art of the measured, humorous or clever challenge.

Churchill on PM Clement Attlee, “He is a modest man with much to be modest about”

Roosevelt on his president, “No more backbone than a chocolate éclair”

So, yes we shall continue to use words as weapons but let’s learn to choose the right battles, to self-police and to simply... use better words.