March of the millennials– the digital face of the PR industry 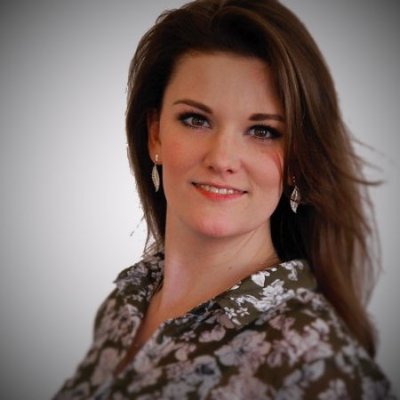 Public Relations is one of the most dynamic and flexible industries across the globe but the sector as a whole will be unrecognisable in just four years-time unless eyes are open to change.

3.7 billion people on earth are under the age of 30 – that is exactly half the world’s population. In establishing what the future of the PR industry will look like in 2020 and beyond we must first establish what the audience will look like.

Millennials are digital natives driven by life satisfaction, transparency, morality and connectivity. Whether B2B or B2C, it is guaranteed that the PR industry will be conversing directly with millennials at every turn – but what is the best method to communicate to this diverse group? Put quite simply the most effective way to reach millennials is digitally.

The birth of the World Wide Web in 1990 is undoubtedly one of the greatest advancements in the 20th century, ranked somewhere between the first moon landing and the discovery of penicillin. The total estimated number of web pages at the present time stands at around 1 billion, an increase of 33 million per cent since 1994 . Since the arrival of the internet, accessing information has been easier and quicker than could ever be imagined; at a click of a button or a swipe of a finger we can be connected to as many as 3.17 billion internet users across the globe.

Every single Reginald Watts Prize for PR Insight entrant won’t remember a time when the internet didn’t exist; we had email addresses before we had our GCSE results, every single one of us has a mobile phone and we’ll have at least two social media profiles.

To reach this audience PR professionals are (or should be) turning their gaze online. Where previously a print article could reach perhaps 1 million readers at best; now the same story online could potentially reach audiences of several millions in a few short hours.

The future of the PR industry will be driven towards carefully constructed, thoughtful content that engages readers and delivers information quickly and succinctly. Long features, click-baited articles and paywalls will be shunned by future audiences as people aged 28 or younger are half as likely to engage with branded content as those aged 55-64.

Simply put the PR industry will have to place more effort into creating frequent pieces of content that will be driven out online rather than through case study lead features in national publications.

Creating a system in which content is delivered digitally to mass audiences will be the most effective way of promoting the reputation of brands overall. Primarily through blogging and supported with social media strategies, this will result in audiences being offered bite sized content at the click of a button and will in turn have the most impact.

The PR industry is perhaps the most well equipped to bend to the new expectations of future audiences, we are already aware of the significance of social media, the power of bloggers and the importance of knowing your audience. What’s more, generating content at short notice is second nature to PR professionals the world over. Overall as an industry we are best positioned to evolve with the expectations of audiences, the key question being is how well will we do it?

The vast majority of PR agencies and in-house teams have been quick on the uptake, but how easy is it to stay ahead of the curve? Five years ago Snapchat, Instagram, WhatsApp and Pinterest were in their infancy; now businesses are leveraging these platforms to their advantage. General Electric is utilising Snapchat as another route to market by posting product launches, announcements and short educational clips to a younger generation. This process boosts brand awareness and stakeholder engagement. In return General Electric (and similar brands) are seen as progressive and modern, this is clearly not a bad thing when the future of your business relies on the engagement of a younger generation.

Capitalising on this relatively new way of communicating is already top of the agenda for PR professionals and communications managers; with many agencies, Montpellier included, dedicating entire departments to the creation of social media driven content and communication. This is a step in the right direction, but ensuring everyone in on the same [web]page is key to success.

Cool in a Crisis

Ten years ago crisis management would be unrecognisable to a millennial PR executive; the core of crisis management remains drafting statements and managing press enquiries. The change came when social media became the go to platform for news and views. The phrase “social media is erupting” or “Twitter is on fire” are the worst nightmare for any PR professional when a crisis ensues as hashtags move quickly up the trending boards and complaints come rolling in. Keeping cool under fire is second nature to those in the industry, but more so for millennials who see social media as the go to soapbox for users the world over. Crisis management strategies will forever be changed and will continue to evolve as online platforms become the go to space for sharing news, opinions and in some cases anger.

Eye on the Prize

Maintaining a positive relationship with consumers and stakeholders is a delicate balance between friendly and false, coming across forced and trying too hard can often turn potential customers away quicker than a negative review. Case in point: Microsoft was recently mocked following a cringe-worthy email designed to recruit potential interns. The offending email went viral for all the wrong reasons – the line ‘there will be hella noms, lots of dranks, the best beats and just like last year, we’re breaking out the Yammer beer pong tables!’ was not only highly inappropriate for a professional invitation designed to recruit the best and brightest interns, but also alienated the target audience. Those who received the email were instantly turned off by the incorrect use of the word drank – which in this case was assumed to mean drinks but in fact refers to cough syrup containing codeine – which is known as a recreational legal high. What’s more, approaching millennials as an alien race only serves to alienate them further. Millennials are merely more technologically evolved, not a different species.

This was obviously not the desired outcome Microsoft was shooting for, but this goes to prove just how easy it is to misinterpret the audience you’re targeting and how a considered and well planned communication strategy is vital for every piece of communication.

To summarise, while the future of PR clearly relies on the millennial generation, both in implementation and reception, it is vital that those who are issuing the outbound communication understand the route they are taking and the affects it could easily have on their audience. Each day communication changes, the world grows smaller and is moving so quickly that to bury one’s head in the sand and expect the world to remain the same is foolish. So in conclusion, the future of the PR industry remains bright and vibrant, so long as those who support it move with the times and brace for change.