InterDigital develops mobile technologies that are at the heart of devices, networks and services worldwide. The company helps solve many of the mobile industry’s most critical and complex technical challenges for the benefit of mobile users globally. It has licenses and strategic relationships with many of the world’s leading wireless companies. 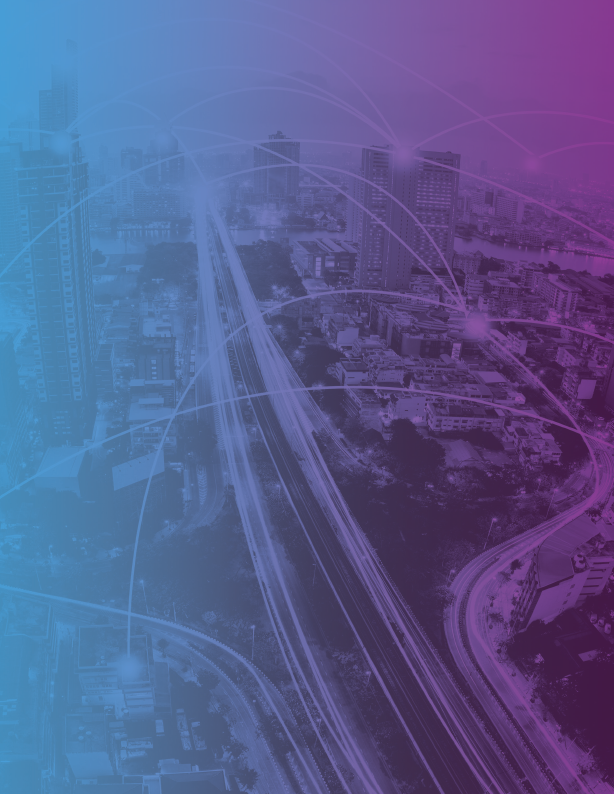 The global mobile industry continues to evolve as many of its key stakeholders look to identify and develop the products and services that will continue to drive it forward. InterDigital is at the heart of two significant opportunities facing the global mobile industry. The development of standards for 5G and the enablement of the internet of things (IoT).

While major opportunities, such as 5G and IoT, are much-hyped and much discussed topics in the media – identifying unique insight that openly demonstrates technology leadership has become extremely challenging. Furthermore, InterDigital was looking to identify new topics, relevant to the IoT, to feed into its established content marketing production engine to drive sales enablement and lead generation. InterDigital therefore asked CCgroup to help input ideas.

Early discussions between CCgroup and InterDigital revealed that the enablement of smart cities would be a significant new opportunity to emerge from the IoT ecosystem. As a major licenser of mobile technology, InterDigital is passionate about all IoT technology stakeholders committing to open standards to drive interoperability and overcome complexity. This is especially critical when enabling smart cities.

To illustrate the critical importance of this standardised approach to smart cities, CCgroup and InterDigital commissioned Machina Research, a leading authority on IoT analysis, to calculate the potential dangers of technology fragmentation to smart cities. The intention was to highlight the financial and operational risks associated with fragmentation and complexity.

The resulting Machina white paper estimated that smart cities could waste $341 billion by 2025 on non-standardised IoT deployments – a significant and compelling headline that would underpin the campaign.

CCgroup worked with InterDigital to prepare an announcement outlining the major findings of the Machina report. This announcement was issued under embargo to

key media contacts. CCgroup targeted the most influential journalists and invited them to meet with a key InterDigital spokesperson in London ahead of the embargo lifting. The intention was to drive the production of stories in top-tier media before the release was distributed to the masses and gain share of voice in key vertical titles, such as public sector media.

Working with the InterDigital team, the PR-driven content was integrated across earned and owned channels to drive reach and engagement. The campaign has been InterDigital’s most successful to date, delivering: