The British Frozen Food Federation (BFFF) is the leading trade association for the UK’s frozen food sector. Its mission is to promote and protect the interests of the frozen food industry. 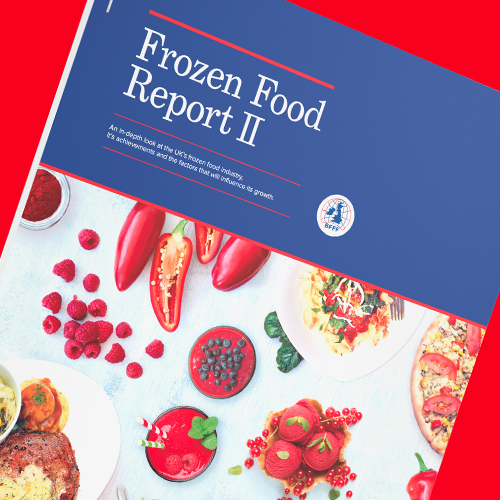 The value of UK frozen food sales in retail and foodservice stands at £8bn, making frozen an important part off the UK’s food industry. BFFF was keen to demonstrate the importance of the frozen food industry to politicians, stakeholders and opinion formers.

Pelican recommended producing the Frozen Food Report, a definitive document that would examine the achievements of industry in the last five years and highlight the opportunities and challenges it faces in the next five years.

The report focuses on four broad themes: market growth, changing customer perceptions, food industry drivers and the future of frozen. It brings together research from leading names including Kantar Worldpanel, BRC-Nielsen, Horizons, CGA Strategy and MCA to give a full picture of the market for frozen food.

As well as being made available to all BFFF members, the finished report was officially launched to the media, government and stakeholders at a Parliamentary Reception held at the Palace of Westminster. It was attended by the UK Minister of State for Farming, Food and Fisheries, George Eustice MP.

Speaking at the event, the Minister said that the frozen food sector has “shown remarkable growth in the last five years”, praised the industry’s innovation in areas such as technology and labelling for example and highlighted that frozen food plays an important role in resolving issues such as reducing waste.”

Brian Young, chief executive of BFFF said of the report: “The report proves the case for frozen food is no longer in dispute thanks to a bank of evidence built up to promote its nutritional, cost, quality and sustainability benefits. Consumers and chefs now recognise these benefits and have voted with their cash driving real value growth in the market.”

The report was also shortlisted for European Association Award for Best Provision of Industry Information and Intelligence.

For more information on our work in the food sector, click here: http://pelicancommunications.co.uk/sectors/food/