How big will virtual reality be in the PR world? 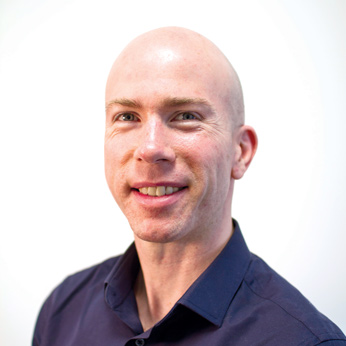 Virtual Reality is a hot topic right now. Everywhere you go you can't move for people talking about how great VR is and how it will improve our lives. Only last week I attended a special BBC Click readio show recording on Virtual Relatiy and also a Gorkana webinar on the place of VR in the PR world, with grerat input from Dynamo PR and Cultural Reality Co. It certainly has fired up people's imaginations.

The BBC has labelled 2016 as being the year that VR goes from virtual to reality.

Is there a danger, however, that people, or the media, are getting excited too soon and are expecting too much of VR? I remember seeing this happen to 3D. Stereoscopic 3D had been around for years in different forms. I even made a stereoscopic 3D level of the game Half Life for my final year Masters project back in 2000. But then in the late 2000s there was a huge resurgence in 3D movies and soon afterwards every movie studio felt they had to make all their movies in 3D, not paying attention to the fact that not every subject or directing style lends itself to 3D. They were doing it just because they could. And rather being able to experience it as a tool that should have been reserved for the right content and shot in the right way, the audience soon started becoming ambivalent towards it, as it was being

Is there a danger the same thing could happen to VR?

Virtual Reality is certainly getting hyped up in a big way. And when that happens there is always a risk that it won’t meet audiences' expectations. We need to make sure the technology is ready and also that audiences are ready for the technology.

The good news is that technology has vastly improved recently and is making VR a very viable option. Most VR headsets seem to have hugely improved or even eliminated the problem of lag – when the image doesn’t quite keep up when you turn your head - and there is more and more high quality content being filmed or created for VR.

It’s not all just Lawnmower Man style simple 3D graphics these days. Via 360 video you can be courtside at an LA Lakers game, sitting in the same row as the owners and celebrities like Jack Nicholson, experiencing events where access, space or location prevent you being there in person. Or you could be a medical student watching a rare operation as if you were actually assisting the surgeon at close range. You could be experiencing what it’s like to climb Everest, complete with real life freezing temperatures. And when you add interactive elements the possibilities really are endless including architectural pre-visualisation of buildings that haven’t been built yet, or gaming and entertainment environments that don’t or couldn’t exist.

As normal it’s the gaming industry, followed very closely by Hollywood that are leading the way here. One movie example that I love is that Gareth Edwards, who is directing the next Star Wars film, Rogue One, has been using a VR rig at ILM to walk virtually round the set, moving things around and checking camera angles, before the crew even starts building the physical set. There is a very real practical use to VR.

It’s good that the technology is just about ready to become mainstream. But that’s not enough. That will give people nice demos but then they will just become ambivalent again and call it a fad. There needs to be good content. Not just good demos, but good stories. VR is an immersive experience and the content needs to reflect that by not just giving people an environment but giving them a story within that environment. This is where we have to be patient.

It is Day 0 in the history of VR filmmaking.

Cinema has had over 100 years to learn the tricks of the trade. Making films and experiences for VR is very different and people are still learning.

This is where VR PR comes in.

One great VR story that has been written recently is Ernest Cline’s Ready Player One. On one side it is a nostalgic retro-fest, which is great for someone like myself that loves anything retro or from the 80s, but he also creates a fascinating, if not scary, look at the potential VR-ridden future. Steven Spielberg has already snapped up the rights to make the movie version of this dystopian tech future.

Many people highlight how anti-social or lonely VR can be, when you’re all alone with just you and your headset, oblivious to what actually is happening around you. But we’re not going to be living in the Ready Player One world just yet. VR will be experienced in small doses. And we do have an opportunity to utilise this ‘isolation’ just now. In the normal world it is easy for people to skip articles or ads. But when someone engages in a VR experience they are truly immersed and free of distractions. If brands are able to infiltrate this area, nay lead it, then they will have a powerful opportunity to direct that person’s experience. Brands that are early adopters have an opportunity to be leaders in a whole new form of media. But it’s not cheap, and the VR element can’t just be tagged on to a campaign. It has to be in the plan from the beginning. It has to have content written especially for it.

VR isn’t a fad, or even just a new technique like 3D was. It’s a whole new media platform. We all have to learn the language that goes along with that. In the Public Relations world, you could argue that VR stands for Virtual Relations, as brands will need help to transition to the new opportunities that this platform brings.

So how do we create stories for the VR world? Read the next post in the VR series.