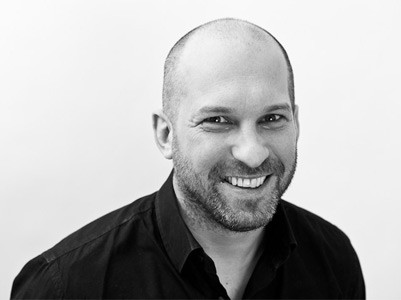 A fat, old Westlife. That’s how one of my guests described the five of us sat on stools in front of an audience last week in Kaper’s offices. Harsh, but perhaps not without a ring of truth.

The ‘five of us’ were me and four of the UK PR industry’s leading creative directors: Dan Glover from Shine/The Academy Group, Joe Sinclair from The Romans, Mark Perkins from MHP Brand and James Nester from Weber Shandwick.

And we’d gathered at Kaper for a discussion around all things PR and creative in front of an audience of around 75 people representing a great mix of the industry, from MDs and CEOs to students and trainees, and organized by the PRCA’s Creative Group.

Here are a couple of my key take-outs…

Everyone agreed: ‘12 people in a room, on beanbags, for an hour, with a bowl full of Haribo’ is pretty unlikely to generate award-winning thinking. Group think, the acceptance of bad ideas and lack of time for research all inhibit the format from delivering what everyone wants from it.

Killing the brainstorm is not a new thought, but I’ll bet there are dozens of agencies out there still relying on the old-school brainstorm and presenting ‘bloody Bompass & Parr’ or ‘floating some old shit down the Thames’ to their clients.

The idea of actually shifting the way creative is developed seems to be at least part of the reason the agencies represented are (or have been) delivering so much good work.

Our industry is packed full of people who can have great ideas, but ideas are meaningless if they aren’t born out of a credible insight and presented within the context of a clear strategy. And yet, the understanding of what an insight actually is, or how to define a strategy clearly, seems as weak as ever.

For years a number of us have been asking ‘but what’s the insight, what’s the human truth we’re tapping in to…?’.

James highlighted an approach coming from PRIME in Sweden that they sometimes/regularly look for the cultural context rather than human insight. The Romans too very clearly focus on how they try and build cultural connections and it seems clear to me that we’ll see more and more of this thinking in coming months and years.

It wasn’t a big part of the overall chat, but a few people commented to me afterwards that not everyone on stage could be described as an extrovert.

And when I think about what they said and how they described their personal processes, it was all around reading, researching, asking questions, contemplating… they were all perfectly eloquent but it was clear they are at least as good at listening, observing and analyzing as they are at talking.

Creative thinking and thinkers don’t have to be showy, as perhaps per stereotype, for some of our industry’s finest it’s almost nerdily-inward.

How to become more creative…?

A question from the audience was ‘how do I become more creative?’ and the answers varied. One speaker suggested people need to become obsessed with the work of others and be able to break it down, analyse and understand why it was good work or not.

Another posited the idea that people can fast-track their abilities by trying to work out answers to briefs the agency receives off their own bat, and not wait to be asked or shown.

The role of the creative

I’ve heard various debates from people over the years about the role of the creative director. Should he/she come up with all the ideas? Be the final arbiter of what concepts get presented to the client or prospect? Should they be involved in the actual delivery of the campaign…?

The skill for all was in making people feel sufficiently involved to want to work with them again whether that be team, client-lead, CEO or client.

And when it comes to delivery, there was clear acceptance that when an ideas is “my baby”, the CD will be intricately involved in its delivery at every stage, whether that be release-writing, coding, design or other element, albeit working alongside specialists who can do the shizzle they cant personally do.

So that’s it. Or at least some of it. We’ve got a few ideas for what the PRCA Creative Group does next, including getting some female creative directors on stage to get their take on why there are so few of them in UK PR, and how to do something about it…

Huge thanks to Chris McCafferty and Kaper for hosting us, to the PRCA for supplying the booze, to Souha and Blair for helping to organize the event and to everyone who showed up.

Biggest thanks however musty go to Joe, James, Mark and Dan for being so transparent and insightful, and for not rising to the temptation of slowly standing up when there was key-change…