The latest from the PRCA’s Chairman in the South West, Kelly Pepworth 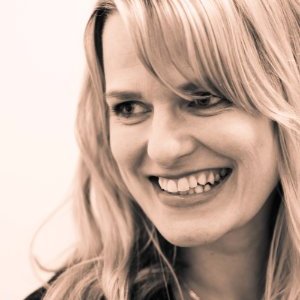 It’s 1969. The first man has landed on the moon, The Beatles make their last public performance on the roof of Apple Records, Concorde took its first test flight in France and the Microprocessor (a miniature set of integrated circuits) is invented, opening the way for the computer revolution that followed. And amidst these groundbreaking historical moments the PRCA was formed.

It was an era when the PR industry was building with more and more media outlets opening their doors, international PR agencies thriving and the value of professional PR increasingly recognised by governments, NGOs, businesses and individuals. A time of new beginnings and new opportunity where the role of trade bodies, such as the PRCA, was paramount to ensure ethical practices and to combat PR’s ‘quasi-professionalism’ status.

Scroll on 50 years and much has changed. The advance of digital has turned ‘traditional PR’ on its head; everyone is a publisher, everyone has a voice, everyone has power through social media to build or ruin reputations in an instance. We live in a blended-audience, multi-channel, always-on, content-hungry world where PR and its ability to engage, educate and motivate has never been more valuable to CEOs and CMOs. As in 1969, it’s a time of new beginnings, new ways of working and new opportunity.

And still standing proud is the PRCA - the world's largest PR professional body, now representing well over 30,000 practitioners. Committed as ever to raising standards, professionalism and ethics in the industry but also to helping teams and individuals maximise the value they deliver. If you scan the events and training in the South West from Brand Storytelling to Transforming PR & Comms and the PR and Communications Census Tour, it’s clear the association is not resting on its laurels even after five decades.

So yes much has changed since 1969 but a lot has stayed the same. The PRCA is still championing the industry, helping us to grow, excel and deliver. And what about PR?  If you look at the essence of PR little has really changed; knowing how to tell a great brand story, having an eye for what’s topical, understanding how to relate to and influence an audience and the channels that are going to cut through are still core to what we do. Congratulations PRCA on your 50th and to the industry I salute you on your past and future.