COVID-19 is changing the way we live, work and do public affairs 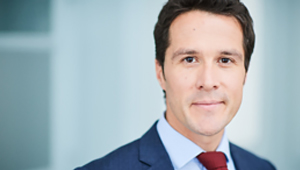 We are still in the foothills of the COVID-19 crisis but it is clear this major global event will have deep implication for our society, our economy and our politics. Gregoire Poisson, Interel CEO, looks at the new world. There will be no return to business as usual in how we operate in public affairs.

COVID-19 is now unquestionably a major event in our history and while we are still in the foothills of this crisis in Europe, deep implication for our society and economy are already evident.

Very few companies will be immune from change and public affairs is not exceptional here. With staff and our interlocutors in government and politics currently confined to their homes, we are rethinking advocacy for a world without physical contact. On the other side of this crisis we are likely to retain the best of what we’ve learnt and this will remain a permanent feature of our industry.

The last weeks have also reminded me of the crucial role that public affairs plays in a time of crisis.

The decisions being made over the next few months by governments will have significant long-term implications for Europe and their mindset and priorities will be very different when we exit this crisis from when we went in.

The companies that can understand that ahead of time will be in the best position to survive and then thrive. This is what we at Interel, and our partners in the Interel Global Partnership, will be striving to achieve for our clients in the months ahead.