Evolution, not revolution: The PR industry in 2020 and beyond 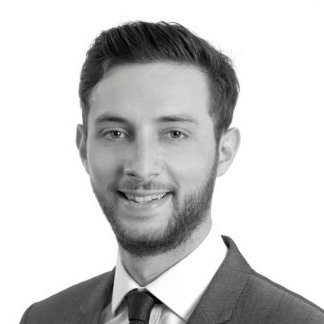 At a time when the UK and Europe are undergoing a serious reassessment of their own futures, it is fitting to look at the not too distant future of the PR industry.

However, unlike the political and economic convulsions of recent months, I do not foresee something so dramatic occurring in the PR industry, and certainly nothing like the revolution brought about by the internet and digital communications. Rather, I see the next five to 10 years bringing gradual but significant evolutionary changes.

There are three shifts I see on the horizon for the industry, which I will discuss in turn. Firstly, the growth in importance of the 'science' of targeting, secondly, increasing competition with other professional services firms, and finally, PR becoming more professionalised.

The science of targeting and influencing

Public relations exists to influence and to effect change. To do so more successfully, the industry needs to find ways to target audiences, those it wishes to move, more scientifically. The PR industry clearly recognises this and I think the adoption of a more surgical targeting strategy will become incumbent on PR companies.

At its most simplistic, this may mean approaching campaigns with a sharper initial focus on who it is that the organisation in question wants to reach, and how best to reach them. Larger PR companies – Brunswick, for example – have begun to embed data-driven insight from market research and the opinions of key influencers into the foundations of clients' strategy. This is likely to become the norm within communications work.

A very positive development for the PR industry would be to embrace the more advanced approaches to targeting using techniques based on behavioural economics. The pioneering work of The Behavioural Insights Team to understand what influences the public’s decision making, and design ‘nudges’ to get desired results for government, could certainly be replicated in the private sector.

These techniques have been touted for use in measuring campaign success, a perennial issue for PR. To give a simple example of its application, by measuring peoples’ behaviour or sentiment before and after a period of communications activity, it is possible to gain a clearer idea of how successful a campaign has been. In turn, this insight can be channelled to improve communications strategy and tactics.

Though in its infancy, behaviour change is nonetheless a fascinating area of communications, which could well see significant attention and growth in the next decade.

Have their cake – and eat it

Competition in the professional services world is fierce.

PR, along with other communications disciplines, is not always at the top of the pecking order in corporate budgets. To improve its chances and move up the corporate ladder, PR companies will increasingly offer services that do not fit under the traditional umbrella of ‘PR’.

We are already seeing that happening to some extent, particularly in the realm of crisis communications and reputation management. Communications consultancies are not just acting as a well-drilled press office, but playing an important role in crisis preparedness. They are leading on the creation of detailed crisis management and continuity plans. A business’ communications function is increasingly seen as a natural co-ordinator and integrator that can bind diverse parts of an organisation and ensure an organised response in the event of a crisis.

The reverse is also true. For example, Deloitte, a firm which until not so long ago only offered accountancy services, is wooing clients with crisis services through its Centre for Crisis Management that includes crisis communications as a key offering.

It would be too grand to say that public relations will or needs to re-define itself. But there is no reason why the PR industry cannot expand and master other services beyond its home of media relations. The battleground of digital communications – social media, content marketing, native advertising, SEO, and others – is a good example of where the PR industry is and can continue to steal a march on competitors.

For the PR practitioner, the above points about offering new services and encompassing new approaches will necessitate more learning and more training. As the industry broadens its skills base, greater emphasis is likely to be given to continuing professional development and qualifications in communications disciplines.

A sharp focus on training exists in professions such as law and accountancy, which leads to a bigger agenda within the PR industry concerning a greater sense of professionalism. There is seemingly little appetite for making PR a profession (PRCA’s Francis Ingham described it as “self-defeating” since it would undermine creativity and dynamism) but that is not to say the industry can’t be developed to be more professional.

Higher investment in training and CPD would certainly engender more professionalism in the industry. Knowledge-sharing – another key characteristic of a professionalised industry – should also see an increase, as listening to and learning from peers is an invaluable exercise. Both will be needed to equip PR practitioners with the skills and confidence they need in a growing and changing industry.

Amongst these shifts, there is one element of the PR industry that I think will continue to be as fundamental as it is today: the art of storytelling. The ability to craft persuasive and compelling narratives is no mean skill, and it is this attribute that gives PR its raison d’être.

Storytelling is the foundation of public relations and it will undoubtedly endure. However, I suggest that the structure of the PR industry that rests above it will see new and exciting developments.

There may yet be a change as dramatic as the dawn of the internet in the next few years (I'm no soothsayer). But barring that, I expect that the PR industry will augment itself and adapt to take on competition and strengthen the case for its role in the business world. In short, my view is that we will see evolution, not revolution.