PR measurement. It’s you, not me. 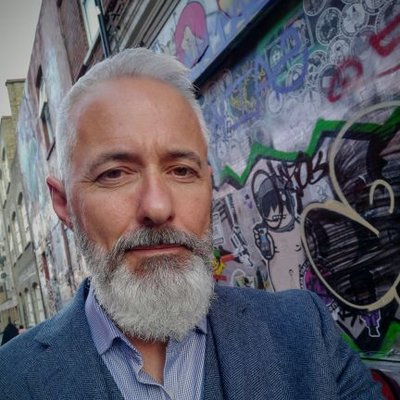 I’ve been working in public relations for more than a quarter of a century, today leading The Hoffman Agency’s European operations. At no point during that time has meaningful measurement of PR not been an issue. And after 26 years, I’m beginning to wonder whether it’s an unsolvable conundrum. That’s not to say that PR doesn’t have value. It’s just that we’re trying to demonstrate that value in ways that aren’t achievable (or, at least, are unachievable within reasonable resource constraints).

The AMEC Integrated Evaluation Framework is laudable as a theoretical model, but turning theory into practice is a challenge. The framework starts, as is logical, with defining organisational objectives and, beneath these, communications objectives. If PR clients (and, believe me, it’s a big ‘if’) can clearly articulate a set of business objectives that communications can then support, we’re off to a strong start.

But it’s not often the case, and more likely that we’re asked to create a campaign that supports some independently-created PR objectives that feel like they probably, maybe, vaguely aligned to business objectives. For instance, it’s not unusual to see ‘raise awareness of…’ as a communications objective. ‘Raise awareness of…’ being absolutely, irrefutably, without any shadow of a doubt aligned to the probable business objective: ‘sell more of…’ Or so we like to think.

I’ve worked for both PR generalists and tech-focused consultancies; the issue remains the same.

I’ve never had a client give me a benchmark of current awareness, let alone a target for its growth. The main reason is cost. To undertake primary research amongst a representative set of customers to establish current perception, and to do the same 12 months down the line to see how the needle had shifted, isn’t a cheap task. And as a proportion of the overall PR budget, too big a pill to swallow. So it never gets done.

“Well, we’ll get a sense of whether we’ve raised awareness through the coverage generated.”

And so it goes on. Campaigns built on flimsy foundations and unclear objectives, ultimately evaluated through spurious statistics and meaningless metrics. Reach? Impressions? Opportunities to see?! All essentially pointless as credible commercial measures of performance.

The problem is, attributing a valuable business outcome (for the sake of argument, let’s use ‘sales’) to the outcome of most PR activity (which, in the vast majority of cases is still media coverage) is virtually impossible.

There. I said it. It’s almost impossible to attribute a genuine business outcome to the result of most PR activity.

I said it again, and it’s a weight off my shoulders.

Another issue (perhaps the key one) is that narrowing of the definition of PR; that in the majority of case clients equate public relations with media relations. This is a fundamental problem – that PR doesn’t get the chance define and deliver all elements of a campaign that delivers a business objective, and therefore trying to attribute value to the specific role it did play is impossible.

Shying away from the commercial coalface

The definition of public relations offered by the Chartered Institute of Public Relations (“the planned and sustained effort to establish and maintain goodwill and mutual understanding between an organisation and its publics”) highlights the broad range of stakeholders and breadth of communications channels that should fall under the responsibility of PR. But let’s be honest, “establish and maintain goodwill and mutual understanding” doesn’t sound like it sits at the cutting edge of commercial objectives, does it?

But it can do. For example, if a business effectively engages with a local community around its plans for a new office development, clearly explaining its plans and committing to investing in positive local infrastructure, it’s likely to smooth the path to planning consent. A clear business objective, an effective strategy, relevant tactics, a measurable result with direct impact on business objectives.

Never more has public relations had the right to use the full mix of marketing communications activities to deliver against genuine business objectives. It has the right, but it rarely does.

To go back to the AMEC Integrated Evaluation Framework, it is a great model for measurement. But in most cases, we’re not building campaigns that would allow the framework to be applied.

Take another look at it (go on, please). There are seven stages in the framework, and most PR campaign measurement falls between step four (‘Outputs: the content, materials, and activities that you distributed and to which your target audiences were exposed’) and step five (‘Out-takes: what your target audiences took out of your communication and how they reacted to it’).

As I say, most PR measurement falls between these two steps, i.e. the media coverage generated from the materials distributed. Sadly, the answer to step five tends to be: “we assumed people read the stories and felt more positive about our client and its products because of what they read. But we have no real way of telling or, indeed, what they did afterwards…”).

Getting to steps six and seven feels a long way off. Again, for the vast majority of PR campaigns.

I say this with some authority as I’ve recently been a judge in a PR awards scheme. I had nearly 100 entries to review, and my critical criteria were: “is there a clearly articulated and measurable business objective, and do the results align to it?”

Completely honestly, fewer than 10% of the entries met the criteria. Single figures.

And this wasn’t a randomly selected set of PR campaigns. It was what, presumably, the agencies entering felt was their best, most impactful work.

Another take on PR’s value

There’s another angle to the value of PR which I’ve been pondering, and I’ll return to the CIPR’s definition: “Public Relations is about reputation - the result of what you do, what you say and what others say about you.”

The problem is, despite the CIPR also saying that “reputation can be a company's biggest asset”, it’s an asset that’s incredibly hard to value, if not impossible. But we do know that it has a value. Ironically, it’s easier to put a financial value on reputation when it’s damaged, through a fall in share price, or a drop in sales over the longer-term.

Good, effective PR – again, “the planned and sustained effort to establish and maintain goodwill and mutual understanding between an organisation and its publics” – can defend against reputational damage; the goodwill built up over years lessening the impact of bad or negative news.

In that way, you can equate and investment in public relations as insurance. We all need insurance, and pay our premiums hoping that the return on that investment is that we never have to make a claim, but knowing that, should the worst happen, we’re protected.

Should PR, therefore, be seen as ‘reputational insurance’, and valued accordingly? But how the hell do you build a pricing model around that..?! And can you even try to measure it? After all, I can’t really measure the performance of my house insurance.

We have a problem. And it starts, I’m afraid, with you, dear client.

Give us a clear, measurable business objective.

Give us your audience insight (or give us time to gather our own).

Give us the freedom (and the budget) to create a campaign that utilises owned, earned and paid media.

…we’ll give you a measurable return on investment.

It’ll also be a shoo-in for an award or two, take my word for it.