Why Reputation Matters in the Charity Sector 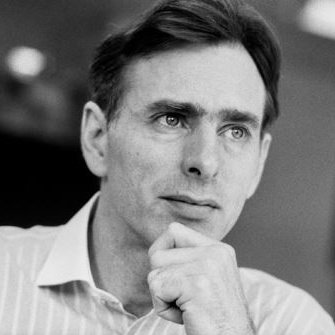 The PRCA Charity & Not-For-Profit Group recently announced that re-building the reputation of the sector will be one of its three key areas of work in the coming months and years.

Most would agree that reputation matters a great deal and some consider it is an organisation’s – or a sector’s – most valuable asset. After all, reputation can determine why it is that customers choose one brand over another, who they trust and what causes or campaigns they will support.

Ultimately, a good reputation makes the difference between success and failure and its importance should not be underestimated.

Reputation is also a major risk issue for all organisations and as such should be considered alongside other major risks areas such as operational, strategic and financial risks. Increasingly, organisations are having to adopt best practice processes to track and measure reputation in a bid to mitigate the effect of its potential loss.

Tracking the issues and drivers of reputation as part of a coherent measurement programme provides organisations with a strategic tool for countering the potential impact of a loss of reputation by engaging with stakeholders and influencers in a timely way. Crucially though, this strategic tool also enables organisations to take advantage of emerging upside opportunities to enhance their reputations and leverage hard-earned levels of goodwill and trust for the benefit of all stakeholders.

Reputation and the voluntary sector

For voluntary sector organisations, whose success and licence to operate rests upon their trustworthiness, integrity, reliability and the goodwill of donors, a strong reputation is surely essential to achieving charitable objectives.

When it comes to driving donations to non-profits it seems reasonable to assume that having a strong reputation will support contributions and fundraising efforts and, as such, we can say that a charity’s donations are likely to be highly correlated with its reputation.

While some argue that it is not entirely possible to manage reputation since it is dependent on how others perceive you, we believe that by measuring reputation it is possible to begin to understand what is driving perceptions over time and adjust behaviour and communications to align with the needs of stakeholders, including what motivates donors. In this way, reputation measurement becomes a strategic tool for delivering insights around the drivers of reputation and ultimately helping charities impact their funding.

What is the particular benefit to charities of measuring reputation?

Understanding the issues that are driving perceptions both negatively and positively among key stakeholder groups provides voluntary sector organisations with insight into the issues that are most impacting reputation for each stakeholder. Our research has found that issues impact different stakeholders to a greater or lesser extent, so it is possible to use the research to determine which issues need to be addressed more urgently and with which audience. For example, using our issue analysis we can understand the extent to which a negative issue reported in the media would impact a charity’s overall reputation and address the situation before it hits general public sentiment, which could result in lower donations to that charity over time.

This is the first in a two part-series of blog posts for the PRCA Charity and Not-For-Profit Group leading on from its introduction in a piece titled 'Changing Fundraising for the Better' by Mario Ambrosi MPRCA. The second part on how the sector can measure reputation will be published on 11/11/2016.