Revealed: The things journalists hate the most about PR pitches 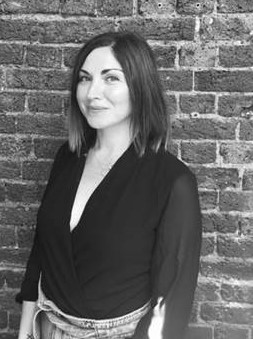 At GingerComms, we specialise in pitching brand stories - most often powered by consumer research - to national news and lifestyle journalists.

Our team includes ex national journalists and editors, so we know a fair bit about what the media like, and don’t like, when it comes to the pitching process.

But we wanted to get a deeper understanding of what current journalists think, hence our recent poll of 200 national journalists and editors.

And the results are resounding when it comes to the pitching medium: PRs should think twice before picking up the phone, and instead pitch by email.

The study, carried out by our research arm Perspectus Global, found that as many as 89 percent of journalists said the media landscape had changed so much in recent years that PRs should now be selling in by email and not by telephone.

In fact, more than a third (35 percent) of time-poor journalists wish public relations people would realise how busy they are and adapt their pitching techniques accordingly.

The study also found that almost a fifth (18 percent) of news journalists said that one of the biggest mistakes PR professionals can make is wanting to chat about something they are working on.

Also on the list of PR pitching mistakes was sending over branded press releases (59 percent), chasing to find out if a story will be covered after an initial pitch (49 percent), and pitching stories that have already landed in other publications (43 percent).

And another major mistake is pitching ideas that have no relation to what the journalist writes about: 84 percent of those polled said this happened often and drove them to distraction.

The research also revealed the sheer volume of PR pitches that the average news journalist receives - 63 pitches every single day, of which less than a quarter (23 percent) contain anything of interest.

Having a comprehensive knowledge of what works as news is key, with almost three quarters (71 percent) of the journalists surveyed, saying PRs need to have a grasp of the difference between advertorial and editorial content when selling in.

The study also found that 28 percent of journalists prefer PRs to cut to the chase and omit over friendly email openers, while 23 percent said calling them in the morning while they are busy is an absolute no-no.

We hope our research helps PR practitioners pitch perfectly. Put simply, pitching should be a short and sweet process: be concise, include all the info the journalist will need, and don’t expect feedback on every story you sell-in.

2.       Pitching irrelevant content/ stories that have no bearing on what the journalist writes about - 84%

3.       Sending over branded press releases which do not contain anything newsworthy- 59%

5.       Expecting too much branding in resulting editorial coverage - 43%

6.       Pitching stories which have already landed in another publication - 43%

TOP FIVE WAYS PRS CAN IMPROVE THEIR PITCHES, ACCORDING TO JOURNALISTS: