A Future of the High Street 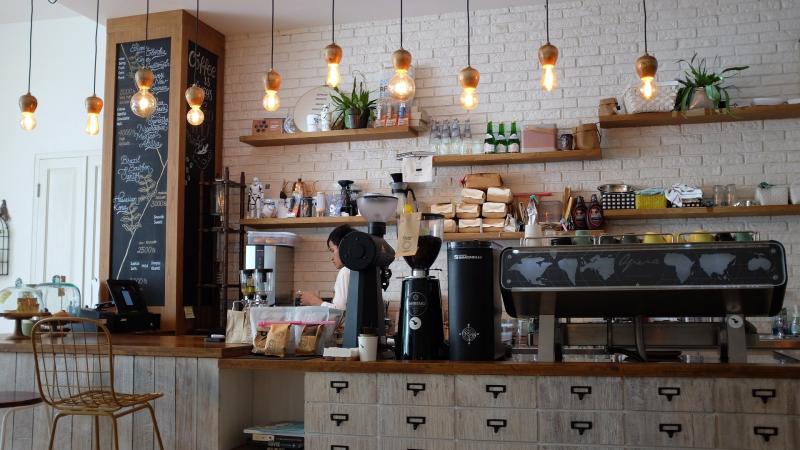 The high street is a very emotive and charged idea in Britain. Somehow, it is both a nostalgic vision of times gone by while also being a vital part of the modern economy. As an idea, it represents independent entrepreneurs and their shopfronts– serving the local area with gifts and trinkets, and loaves and pork chops. As an economic institution, it represents small businesses more widely, which make up just under half of the UK’s GDP.

Even more remarkable than its seemingly antithetical duality, as both vital to the modern economy and as a relic of a picture-postcard Victorian past, is the fact it has survived so far. Dramatic commentators have envisioned its death many times, and the perpetrators keep coming; from the birth of the internet and the 2008 recession to the rise and rise of Amazon, and now the pandemic. Yet it remains, and it isn’t going anywhere.

Firstly, there will always be one…

Although many shops have gone under during the chaotic stasis of the last year and a half, it seems department stores and chain stores are the ones that suffered most. According to the Local Data Company, a net total of 9,877 chain outlets and 1,442 independent retailers have closed their doors forever. If we could neatly separate corporate closures from the smaller sole traders, the figures hint that the bigger stores have suffered the most; think shopping centre mainstays such as Debenhams and Topshop.

From this fact, it seems that the best version of the high street lives to fight another day, whereas the worst parts (think headache-inducing lighting, and a music playlist as irritating as possible) have been replaced. Perhaps the rise and rise of e-commerce has only taken away from the drudgery of department stores and retail parks, and has left us with the pleasurable pursuits of perusing smaller, independent, local stores.

It seems a good time to interject and spell out the obvious – I don’t like shopping much. In fact, I detest shopping that doesn’t involve glaring hungrily at imported deli goods. This is also clearly a very middle class, gentrified activity. However, aside from these glaring biases, the fact is that despite the pandemic, the lockdowns, and the ease and availability of internet shopping, people still enjoy the physical act of visiting stores, and maybe even purchasing stuff from them. The high street, then, is not dead yet.

So, what comes next? After all, however optimistic you want to be about store closures and e-commerce, small businesses are struggling. Government grants from the pandemic will soon have to be paid back, unemployment is high, there are still worker shortages, and late payment debt seems to be a significant economic hangover from 2020. However you want to neatly divide the impact from the pandemic – many shops are empty, office space lays dormant, and commuter traffic is still down.

Secondly, it won’t look the same

Small businesses will not die, and neither will their presence on the high street. Independent traders might become more elusive and more exclusive, but their cultural and economic presence is too large, and they are still beloved by consumers with excess capital to spend on ‘shopping as a pastime’. Although I rarely let facts get in the way of a good opinion, newer research by the Local Data Company reports that independent stores are actually on the rise.

So, what of the void left by more corporate closures and empty offices? Perhaps, they will be used as localised distribution hubs, either by e-commerce giants, or more optimistically, by these new, small businesses learning to adapt. Maybe, in a seemingly antithetical development, businesses that have been formed online will even move into the empty offices and stores.

Alternatively, they could become co-working spaces, fusing the extortionate prices of modern cafés with the posture-ruining seating arrangements of the modern office. This would suit both the thirst for flat whites and the need for flexible workspaces fit for a more decentralised and deurbanised hybrid workforce.

They will also, undoubtedly, become the home for the real-life experiences of digital products. Like the demon lovechild of Elon Musk and 1950 America’s vision of the future, our high streets will become, at least partially, filled with ways consumers can try digital goods and 4th gen technologies. Whether that is to look at a self-driving car, or try the newest virtual reality device, the 21st century needs a home to satisfy both our desire to shop as well as the economic realities of a globalised, digital future in which tech is king…

So, you’d best use that new VR headset to find your nearest bakery…