2016: Five trend predictions that will impact us most 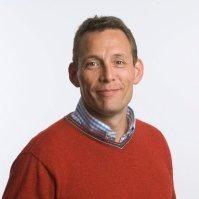 In the time-honoured tradition of setting yourself up for a fall I’ve made an attempt to look across the industry and pluck five trends I think will impact us most in 2016:

1. Video first/mobile only… A picture is worth a thousand words - especially on your smartphone

Smartphones are due to pass 2bn users later this year with nearly $50bn in mobile advertising. The UK’s Atom Bank is the first mobile-only bank. Mobile-only is fast becoming mainstream, not just for disruptors like Snapchat, Uber and WhatsApp (also interesting to note Atom Bank created 1.4m different logos for its customers to choose from on their screen!). By 2017 video content will account for 69% of the world’s consumer internet traffic (it’s currently 58% of all UK mobile data consumed).

Half of that is going to be via our smartphones. YouTube already has one billion unique visitors per month and four out of five of the world’s fastest growing social platforms this year have still or moving images central to their content (Pinterest, Instagram, YouTube and Tumblr). Despite this prolific rise most comms campaigns still lag woefully in their adoption of video/mobile content. Agencies need to review the content they produce to engage more directly where brands’ customers want them to be. Discussion around which content will be most influential needs to account for screen form-factor. This isn’t the death of tablets, cross-overs or PCs but neither is old-style static content acceptable either.

The application and increasing use of commstech is likely to be the single largest shift in our industry for years to come. We’re still in the foothills of what’s possible, but the promise of cost reductions, increasing specificity around audience identification, measurement, understanding which content and platform is most likely to influence or move an customer to action is nothing short of incredible. We’re seeing technologies originally developed for media buying and advertising being spliced with dna from comms consultants. We now have the ability to run far more targeted campaigns, with greater predictability of outcome, better engagement with audiences and at lower cost. 2016 will see agencies sprinting to understand and adopt techniques as clients start demanding these more integrated approaches. The flip side to our brave new world is the constant privacy battle. From regulatory data standards to individual decisions we will only opt in if we see value. The answer to ad blocking isn’t lock-down… it’s a value exchange the customer agrees with.

Last year saw over 60 mid to large scale acquisitions across the industry — predominantly driven by independent companies. I’d still argue there’s over-supply and limited differentiation in agency-land which will drive a couple of conflicting themes a) aggressive M&A action aimed at geo, sector or service coverage, b) a fresh wave of start-ups further fragmenting the smaller end of the market and c) smaller brands seeing the prospect of integrated offers more readily adoptable through marriage. 2016 will see continued heavy M&A activity as smaller brands club together, or are gobbled up by those wanting to fill out their own portfolio.

4. Is this you or me?… Further confusion of ‘social’, ‘digital’ and ‘earned influence’

With the advent of social commerce (a ‘buy now’ button in your Twitter feed for example), the promise of programmatic, the rise and rise of micro/private networks, the need to support shared content with paid amplification and agreeing where ‘earned influence’ starts and stops the scene is set for the next confusing land-grab. Whatever decisions a brand makes one thing is clear — tighter integration across functional teams will be ever more necessary. The training of teams and wider organisational development will be areas wise brands begin to invest in. Additionally, the ‘Ad-bloc arms race’ should offer ample evidence of the need to create engaging content and the ability of earned influence to play a larger role in the comms mix. The days of media buying muscle forcing content on customers are numbered — long live engagement, dialogue, conversations and brand social agility.

The need to offer tight integration of paid, owned and shared media strategies as well as earned will lead, not just to increased M&A, but to multiple approaches of delivery. Larger brands are beginning to integrate ad, media buying and other non-earned or shared capabilities directly into their core structure. Partnerships, especially for smaller brands wanting to remain independent will become a critical philosophy. Whether through acquisition, organic launches or partnerships, agencies will need to offer far broader portfolios to address both integrated campaigns and the search for additional revenue streams. Internally this will fuel a desire for talent who can see both the wood and the trees. Equally important is the up-skilling and reskilling of existing talent… moving them along a whole new talent spectrum and career path.