From 'Colditz in Kilts' to Commemorations on Yachts 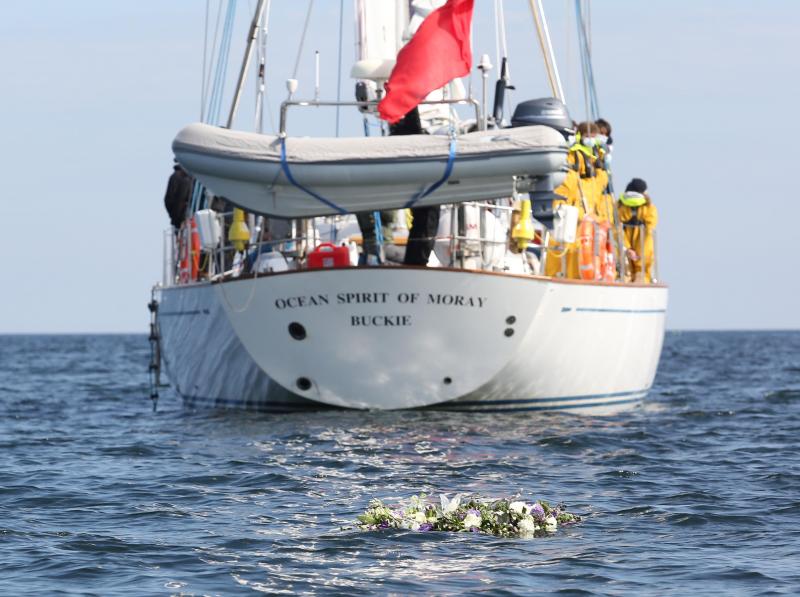 Gordonstoun, the famous boarding school which has educated three generations of the Royal family, has an ethos which many schools could learn from.  It believes the best classrooms don’t have walls and makes sure all students spend time volunteering in service to others.  But, for years, they have been dogged by a lighthearted comment by one of their most famous alumni: Prince Charles once called it ‘Colditz in Kilts’.

This phrase was just too good for the media to forget. When I first started working for Gordonstoun I found the leadership team surprisingly adventurous when it came to the media. It was because, they explained, “the coverage could hardly get any worse!”

Unsurprisingly, we had a plan for the death of our oldest alumni, HRH Prince Philip, the Duke of Edinburgh.  When the news broke at lunchtime on Friday 9th April we executed the plan: we put up the webpage, enacted the social media schedule and issued a press release expressing our sadness. The ‘planned plan’ ended there because the other events we had thought of, memorial services and the like, simply weren’t Covid-appropriate.

But then the phone began to ring and my email alerts began to ping and they didn’t stop ringing and pinging for eight solid days. The Principal did non-stop interviews until 10pm on the day of the announcement. I simply didn’t have enough time to sit with her during interviews and respond to the requests that were coming in. At that point the Director of Admissions, arrived and offered to help. She chaperoned the press while I managed media requests. She even had the foresight to arrange a spread of teas, coffees, sandwiches and cakes for the gathering media. The maintenance team tidied up the lawns which, like the Principal, hadn’t had an opportunity for a haircut. We challenged a few preconceptions that day - not only were we not in kilts, we were friendly, accommodating, and supplied great chocolate brownies!

In the first 24 hours we received over 2000 media mentions, and the interviews started at 7am on days 2 and 3. The interview marathon was hardly over when it was time to think ahead to how we would mark the funeral. A number of ideas were mooted but all inevitably fell foul of Covid regulations. Then the skipper of the school’s sail training vessel suggested a tribute at sea.

A small group of our keenest young sailors would lay a wreath, just off the coast of nearby Hopeman Harbour. It could be watched by the local community who had a longstanding and close relationship with the Duke, it posed no health risk, it was dignified and it had students at its heart.  It was perfect.

I sent out a calling notice to the media to let them know our plans, expecting the local papers and, if we were lucky, Scottish TV reporters. For the second time my phone began to ring.

It turned out that we were one of the few places organising a tribute.  Within hours Sky, ITV, PA, Getty Images, Reuters plus Scottish TV and the local papers had all confirmed their attendance. (The BBC also came but, typically, didn’t tell us until the last minute!) I found out later that there were more cameras at our event than anywhere outside Windsor Castle.

Everyone at the school pitched in. The Principal and skipper used all their local contacts to make sure we didn’t ruffle any feathers as our ‘little event’ turned into a major media occasion. The sailing staff organised inflatable ribs to take the press closer to the action.  The Director of Admissions who, happily, had a background in advertising, was my rock.  She helped identify students who could be relied upon to be sensible during interviews and we briefed them, Zoom call after Zoom call. She spotted bear traps I didn’t even know existed and the two of us worked late into the night, day after day. For the first time in my life I ordered a biodegradable wreath for use at sea and for the first time in her life, the local florist made one.

The day dawned and there were knots in our stomachs. If anything went wrong, it would be the next ‘Colditz in Kilts’.  A team of staff, everyone from the Head of Outdoor Education to a governor and her daughter came down to help.  All had vital roles, whether it was managing interviews with students or making sure our young piper didn’t fall off the harbour wall. The first photographers arrived at 10am and - after moving to the school to capture students observing the one minute silence - the last TV crews didn’t leave until 8.30pm.

Some of the best moments happened after the last shot had been captured.  TV journalists chatted with students and then heard them roar with delight through open windows as they watched themselves on TV.  The Principal disappeared and returned with boxes of lasagne from the school refectory for news crews who were starting to wilt. A passing Junior School teacher joined the gardener frantically tidying up the herbaceous border when the press pack decided they wanted a different camera angle for the silence shot. I said ‘yes’ to every media request and the team around me made it happen. Most of all, the students did what they do best - they were energetic and funny, but respectful and polite.

Anyone involved in PR and communications will know that the coverage we got was worth millions of pounds. But it was about more than that. We were paying tribute to an inspirational former student but by letting the media see our true selves, we challenged misconceptions and offered them an alternative narrative.

All of us involved in PR know it’s a difficult game - sometimes an impossible game. But, for a few days at least, we enjoyed the best coverage any organisation could ever hope to achieve. The motto of Gordonstoun is ‘Plus Est En Vous - there is more in you’. It is a place where rising to a challenge is part of the DNA. There is a lesson here not for communication specialists but for the entire team around them: it takes a village to raise a child, and it took a whole school to bury ‘Colditz in Kilts’.

Eleanor Bradford, Head of PR and Marketing at Gordonstoun