Government goes all in for UK fintech 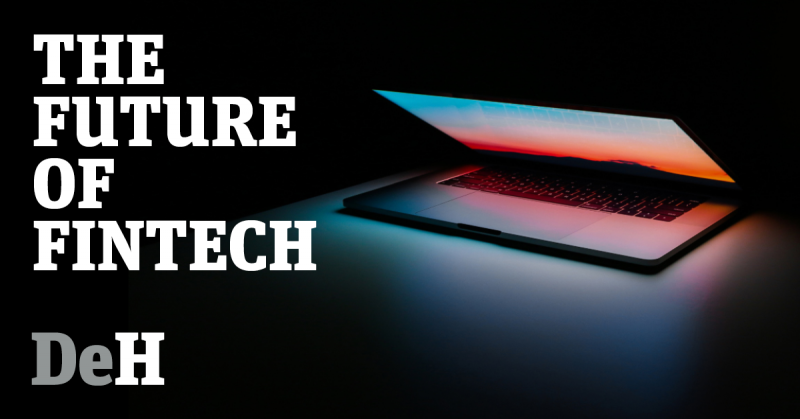 The fintech industry is one of the most dynamic areas of the UK economy, experiencing relentless growth over the past year. Developments that require discussion are continuously emerging. From ‘FinTech visas’ to multi-billion dollar valuations, many of these developments culminated with impeccable timing at Innovate Finance’s 2021 UK Fintech Week, where it was made categorically clear to me that the Government wants to help the fintech industry shape the future of financial services. I attended the five day conference and here are my main takeaways that I felt were particularly critical for public affairs professionals.

The week-long series of interviews and discussions followed one of UK FinTech’s most anticipated events, the publication of Ron Kalifa’s ‘Review of UK Fintech’: an in-depth assessment of an industry within which the UK is seen as a global leader. It contained a series of recommendations to ensure the UK maintains its global competitiveness and leadership moving forward. The review was commissioned by Chancellor Rishi Sunak, who has clearly recognised the role that fintechs play in the financial services ecosystem and their contribution to high-quality economic growth. I would go further and say that in a time where much of the UK is diverging from the EU, the growth of fintech is a success story the Chancellor would very much like to trumpet.

Naturally, the developments of the past year are contextualised by the pandemic, and fintech as a concept has been bolstered by the rapid digital transformation that has been forced upon the UK and the rest of the world. This feeling was recognised across a number of events at UK FinTech Week, featuring the biggest names in Government, fintech and financial services.

Against a bright red Treasury backdrop, Rishi Sunak opened the summit by confirming the Government’s intention to act on a number of key recommendations made in the Kalifa Review, as well as laying out more general financial services reforms that would be consulted on come summer. So comprehensive and welcomed were Sunak’s announcements, that innovators and industry executives speaking at UK FinTech Week were almost unanimous in their support of the UK’s leadership, especially compared to some international competitors. In fact, there were very few areas of government policy that panellists found problematic (at this stage).

It’s not controversial to suggest that financial services were neglected in the UK-EU Trade and Cooperation Agreement (TCA) signed in December, and the sector has been on relatively uncertain footing since the transition period ended at the start of the year. Perhaps surprisingly, there was more talk during UK FinTech Week of the potential negative impact of a lack of access to top human capital than there was about the lack of equivalence in certain financial services activities.

Key for high growth fintech companies is that, when ready, they can scale rapidly and deal with the challenges that brings. And key to that, is a team of highly skilled and often technical workers. It was recognised this week that the UK has no problem starting companies, but it has less success scaling them up. To combat this, companies need access to people that have scaling experience, and these people often come from abroad.

The UK has no problem starting companies, but it has less success scaling them up

The Government is aware of this threat to the industry’s competitiveness and has already acted on Ron Kalifa’s recommendations. The Chancellor used March’s Budget to announce a fintech visa stream, beginning in 2022, where those with a job offer from a recognised scale-up company can qualify for a fast-track visa. That said, human capital alone won’t get far without financial capital. Part of Ron Kalifa’s vision for the sector relies on reducing the funding gap via institutional capital tied up in pension funds. There is over £6 trillion in private pension funds in the UK, with huge opportunities for fintech if just £1 billion of that could be directed toward it. Founders raised concerns about access to funding, but as yet the Chancellor hasn’t indicated whether he will take this particular route forward.

Regulation needs to continue evolving alongside an evolving sector

In addition to the Chancellor’s announcements last week, Economic Secretary to the Treasury John Glen also stopped by for a ‘fireside chat’ to provide some insight into the Government’s approach to fintech moving forward. Recognising that proceeding with recommendations made by Ron Kalifa, and separately Lord Hill, would not be seen as “quick wins” by the industry, Mr Glen said that regulation needed to continue evolving alongside an evolving sector.

I found it interesting that Myles Stephenson, CEO of Modulr Finance warned that the UK risks becoming a “halfway house”, where a boom regulation and momentum (where we are now) hits a wall during implementation. Mr Stephenson hinted at the fact that policymakers need to stand ready to adapt regulations again if there are practical issues rolling them out. Mr Glen’s comments suggest the Treasury agrees. It was also that concept of evolution that companies drew the Chancellor’s attention to before he kicked off UK FinTech Week. 30 of them penned a letter to Rishi Sunak pleading that he does not rest on his laurels following the work the Treasury has done so far to support and promote the industry.

The consensus across many events last week was the same: the UK is in a very strong position relative to its peers, but should not stop there. Innovate Finance’s CEO, Charlotte Crosswell, alluded to the fact that European fintech was born in the UK after the 2008 financial crisis, and that its success so far owes a lot to the thriving financial ecosystem and infrastructure that already existed in what is the oldest financial centre in the world.

Fintech is an area the Government wants to, and knows it can, be seen as a world leader

Those working in public affairs can be positive about recent developments in fintech. Its very solid foundations, discussed at length at UK FinTech Week, mean that the industry can continue evolving rapidly. It is the job of policymakers and regulators to ensure there is an appropriate environment for that.

We know that the Government-backed reviews into the sector engaged constructively with market participants, and the Government has responded proactively and ambitiously to recommendations made.

It’s clear that this is an area the Government wants to, and knows it can, be seen as a world leader, which increases the opportunities for experts in the field that want to help shape the UK’s fintech agenda moving forward.

Charlie leads DeHavilland’s Corporate Services Team, providing intelligence, research and advice to some of the largest financial services organisations in the world. Charlie’s specialities include regulatory change and business analysis, acquired through working as a financial services consultant across London, Dublin and Luxembourg.