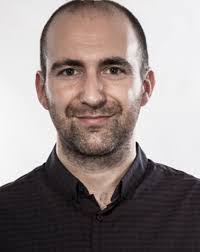 The House of Lords Select Committee on Charities is a golden opportunity to help build a more constructive relationship between government and charities and move on from the recent turbulent times for the sector.

Yet in just 33 words, I’ve managed to re-enforce one of the key issues facing charities: the idea of a homogeneous sector.

While some charities would take their place on the FTSE100 if they were private firms, a metaphor for the sector would be an iceberg. The high profile large charities are just what can be seen above water.

Below this, there are thousands of micro, small and medium sized charities. We would advise the term “SMCs” is adopted to describe this group, like SMEs is in the private sector.

In many ways, seeing “charities” as short hand for a sector is unhelpful. The Committee would be wise to reflect on the diversity of the sector and look at the role of different types of charities. In addition to large charities versus SMCs, charities should also be seen as falling into different types. For example:

Of course, many charities may fall into more than one of these categories and this list is not exhaustive, but demonstrates the problem.

As a starting point, the PRCA Charity & Not-For-Profit Group have provided a submission to the Committee which, among other recommendations, asks the Lords to understand diversity in the sector.

The more “the charitable sector” and “charities” are lumped together by commentators, critics and policy makers, the less people will understand the fundamental differences between individual charities’ operating models.

At present, if one charity does something wrong, the whole sector is blamed.

This would clearly not happen in other – such diverse – sectors of society. If one person in a town commits a crime, the whole town is not blamed. If one child in a school fails a test, the whole school is not shut down.

And yet, this is the way politicians and the media sometimes portray charities.  This needs to change and we would hope that the Committee’s report will help provide the leadership (or the catalyst) to help re-set the reputation of the sector.

As part of the PRCA Charity & Not-For-Profit Group’s strategy for the coming year, we will play our part in examining further the reputation of charities through a series of blog posts throughout the autumn.