Despite The Independent's move, print is still so vital 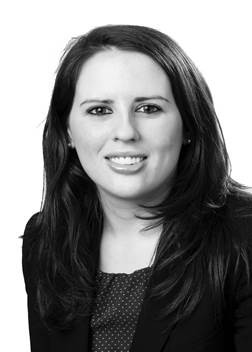 One of last week’s biggest news stories was the news itself – the announcement that the Independent and Independent on Sunday will cease printing, with the last editions to be published in late March. Whether you are an Independent reader or not, the news surely pulled at the heartstrings of anyone who works in PR, journalism and beyond.

The Independent has some of the best, award-winning journalists I’ve ever met working across its three titles, but with as many as 111 redundancies now underway, it is these award winning journalists that are now contemplating what their next move will be.

This is of course not the first time we have seen a newspaper close its doors. From The Today newspaper shutting down due to declining newspaper sales, to Rupert Murdoch shutting down the toxic News of the World, we have seen it before. However, the news that the The Independent will become online only after 26th March has prompted much debate about the future of newspapers in the UK and what will happen to the remaining UK titles.

The Lebedev family say they plan to ‘embrace digital’ and will relaunch the Independent online. The title says it has seen its monthly audience increase by 33.3% in the last year to nearly 70 million global unique users. However, the battle for online traffic is tough, with most of the major news sites reporting a recent drop in traffic.

The Sun has struggled even after removing its paywall, and only last month it also announced it was closing its standalone politics site Sun Nation just one year after it launched, citing the fact the Sun now provided free content online as the reason to disband. Against this backdrop, The Independent online will be under immense pressure to monetise its content in some way and make it commercially viable. This is a huge task, albeit not impossible, and the title certainly has ambitious global online plans. What has become clear over the last few years however, is that as we now consume more news faster than ever, we want it all at the click of a finger, we don’t want to wait for it – and rarely do we want to pay for it, as The Sun paywall being removed has shown.

The impending closure of The Independent obviously draws attention to the remaining UK titles and what will happen to them now. Some mergers over the next few years look likely as print publications look to consolidate, and it’s highly likely The Independent won’t be the last closure we see. It would be, however, very short sighted to think that print editions will play no role in the future of journalism and that it is all about online content. Not everyone wants or even has the ability to access news online daily, which is why the future of print is still so vital. However, finding a way for this to work alongside monetised content is still something many are trying to figure out.