Spending an hour in an upside down 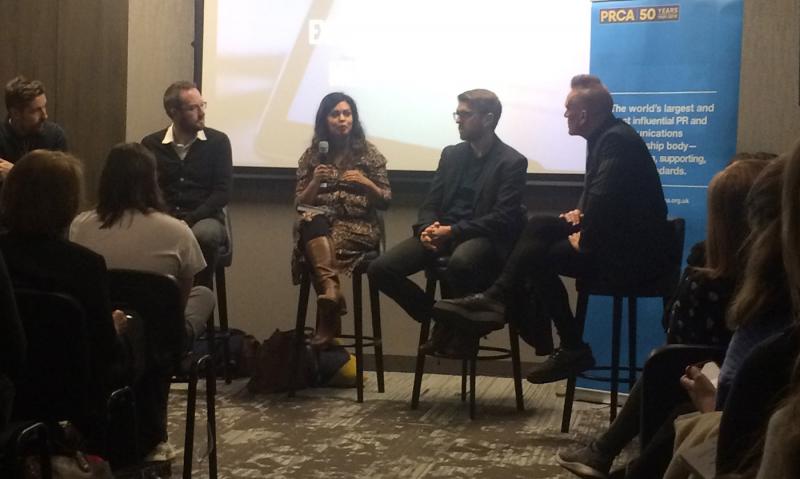 If you’ve ever watched Stranger Things, you’ll be familiar with the world of the ‘upside down’.  It’s a parallel universe where really weird things happen which can’t be fully explained.

Upside Down is how I imagine journalists perceive the PR industry. A strange world where the client is king (or queen) and stories are written as press releases, case studies or opinion-editorials and ‘sold-in’.

It works the other way around too. For people like me who work in PR, Upside Down is the newsroom.  It’s where content is king (or queen), stories are written as, erm, stories, and where you get to decide exactly who or what goes in the spotlight.

I’m over-simplifying of course but you get the idea.  While these two dimensions frequently cross over, it’s quite a rare occasion in which they spend too much time in each other’s company.

So hats off to the PRCA NW Group for recently organising an event where several established northern journalists spent an hour or so in the Upside Down, sharing their thoughts on the state of the digital media landscape with a crowd full of PR professionals.

Having only ever known the world of PR from this side of the coin (I’ve worked in PR roles for nearly 13 years), I’ve always found it useful to hear from journalists about their experiences ‘from the other side’.

Here’s what I learnt:

-          The number one reason that people stop reading a story online (and go somewhere else) is because of a spelling mistake.  *checks and double checks this post*

-          In both PR and journalism, we can gain an unhelpful misperception about the amount of people who are on social platforms, especially Twitter.  Yes there are plenty of PR folk, news outlets, ‘influencers’ and business organisations on Twitter but this isn’t truly reflective of the general public.

-          While most regional newspapers have seen a year-on-year decline in the number of copies sold, they still often come under fire for publishing their Facebook or Twitter followers.  Obviously, this is hugely important for them in demonstrating their reach and influence.  The Liverpool Echo for example, reaches more people today, digitally and in print, since the 1980s.

-          Whether you’re a journalist or PR, there is no excuse not to know your audience. But you mustn’t allow yourself to be swayed by an audience either. Their feedback may be crucial but you have to stick by your own (personal or organisational) values.

-          When you’re wondering why one particular story has been given priority at the expense of another don’t lose sight of the fact that successful media brands have built audiences of scale and it comes down to the simple fact that they have people’s jobs and revenue to protect.

-          Journalists receive an incredible, unhealthy amount of emails and especially phone calls.  Shelina Begum, business editor at the MEN said she will often receive a different call every ten seconds.  She recently came back to 800 missed calls following the half-term break.

-          It doesn’t have to just be about the mass audience. A seemingly ‘small’ story can make a huge difference.  An example was given about a story concerning a new appointment to a small business.  The business gained two extra clients on the back of it.

-          While headlines today are written with SEO search terms in mind, on the whole there haven’t been great changes made to the way that stories are written in a traditional sense.

-          Spelling words correctly and getting the grammar right is still hugely important.  Simon Binns, editor of LADbible.com, has to consider a potential audience of 35 million people. “One spelling mistake is an easy chance to show people you’re a total idiot”, he said. “In an environment of fake news, it’s a mistake we can’t afford to make for even five minutes – we have to build trust.”

-          It’s still commonplace for teams to hold back in the newsroom. If newsrooms stick with the facts, they can be assured that the audience will stay because they get the stories right and maintain trust. “It’s not about being quick - it’s about being right.”

I like the last point especially because it’s allowed me the time not to rush this post and to reflect properly on what was said at this event. Some of the points above might seem fairly obvious but even if they do, I think it’s healthy to be reminded of the basics as often as possible.

I can’t remember exactly who said it, but one of the journalists pointed out that most of the calls they receive from PRs are to complain about a story.  It’s very rare they get praise.  So I’d like to address that imbalance just very slightly and extend a huge thanks to those journalists who spent a bit of time in the Upside Down last week.  I hope it was as insightful for them as it was for me.