Tech, politics, and everything in-between 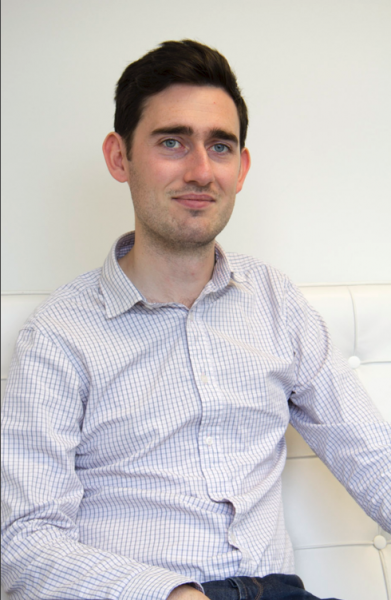 Over the past year or so, it seems that a sort of election fever has swept up most of the Western World and hasn’t let go. From protesting against Trump’s election victory, to a sense of hope for Macron’s, to protests against our own PM, Theresa May’s election victory. We were lucky to hear of anything else for a good amount of time. As someone who is completely outside of the world of public affairs and – to be honest – the world of politics itself, this is my first foray into what many perceive as a murky world. However, when wearing my tech-PR Wizard Hat, I find this sector very unique and, perhaps somewhat naively, incredibly fascinating.

Imagine reading this story from a tech point of view, and then imagine me clasping my hands with a chuckle. Political parties using personal data to shape their campaigning strategies? Well, that almost screams “investigate me” does it not? You’d think so, but this type of activity wouldn’t be sniffed at by many. We sign our lives away every day to apps and social media, so why are we complaining? This marketing data comes under data protection laws. People were reporting direct contact from political parties, despite never giving explicit consent to be approached, either through mail or via canvassing.

Unfortunately, we live in an era of data, and it would be silly to suggest otherwise. When it comes to enterprise, data is the new currency that people will trade and exploit, not unlike a stock market. Data is a commodity. Politics, perhaps unsurprisingly, shouldn’t be considered any different. In a land and time where social media generally equates to greater transparency, it’s a careful line for everyone to tread. Either it means success (election victory), failure (election loss), or even the odd bit of catastrophic failure (the above article).

Social media, in politics, isn’t a new idea, but it for sure has come into its own in the past couple of years. President Trump, President Macron, and even his opponent Jean-Luc Melenchon, all used social media to great effect. So much was that effect that they have remained in the public eye for their social media use since then. You may laugh, but let’s be honest here: at least when it comes to President Trump, no matter how much of a car crash it appears to be, we keep looking. If we look a bit closer to home, we see that social media spending in terms of campaigns is quite interesting. For instance, in the 2015 election, the Conservative Party spent around £1.2 million on Facebook alone, in comparison to Labour’s £16,000 – and we all know how that turned out.

Now, unless you are Finland, politics can be considered a bit of a murky world. So what can be done about changing it? When it comes to data use, it’s a complex situation. We all know that by itself data is, well, just data. It’s how it gets analysed, interpreted, and put into use that makes it ‘murky’, if you will. Billboards, newspaper advertisements, and posters are all on their way out, and data is very much storming its way in with heavy parade boots. From virtual campaigning to targeted ads, data is the future of all things and politics is no different.

Harking back to my university days at Cardiff, this seems to agree with a lot of what I can remember being taught. Personality trumps policy, right? Remember these data driven ads don’t have to focus on policy, they can focus on smearing the other side. It’s been the case since JFK and Nixon went on TV, after all. Whilst policy will still play a role, I feel its importance in convincing the electorate is on a sharp decline southwards. Tech and data looks to be doing a lot of leg work in terms of emotional manipulation.

From a layperson’s point of view, tech seems to be sitting firmly in the driving seat having shifted from the bucket seats in the back. The most recent battle between Corbyn and May was almost a mighty clash of social media (not forgetting local constituent campaigning also, where I get a reply back from Vince Cable on his own Twitter account). Of course more traditional campaigning still has its place, as evidenced by the collateral coming through my letterbox at a rate of knots, but online campaigning did look like it had finally tipped the scales in its favour.

So to the future; where does this leave us going forward? Perhaps a resurging interest in policy? Or maybe a bunch of ‘best-of’ style videos on YouTube, pushed out via Twitter and Facebook using targeted ads driven by data? I don’t know, and I doubt anyone but the innermost of inner sanctums in party headquarters really has any idea. What does seem certain though, is that tech has been merged with the alchemy of public affairs and political campaigning, and this is very interesting. I, for one, can’t wait to get more involved.