There is no vaccine for fake news 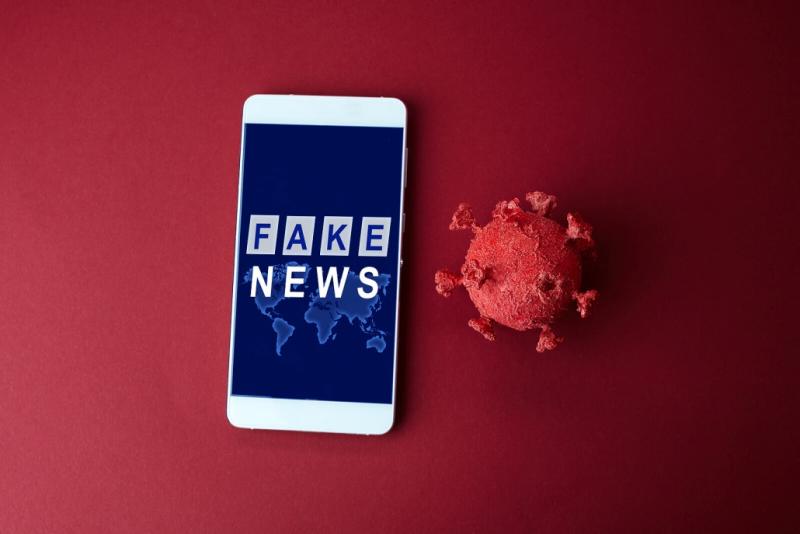 Last March, as we entered the very first lockdown, we published a timely blog on practicing responsible PR in an ‘infodemic’, as a response to warnings about ‘fake news’ from the World Health Organisation.

WHO director-general, Tedros Adhanom Ghebreyesus identified a parallel between the emergence of the real-world COVID-19 virus and the disturbing growth of fake news, noting:“We are not just fighting an epidemic; we’re fighting an infodemic. Fake news spreads faster and more easily than this virus and is just as dangerous.”

Right now, as we approach the grim first birthday of the pandemic in Europe, the extent and impact of 2020’s fake news infodemic is all too clear. From QAnon zealots storming the US Capitol Building, through to the alarming rise in COVID-19 deniers, anti-vaxxers and conspiracy theorists, the spread of political and medical disinformation is arguably more of a threat to democracy and public health than ever before.

Conspiracies flourish in an age of anxiety

Historically, the lure of the conspiracy theory tends to increase in uncertain times. From the demonization of Jews in Nazi Germany in the 1930s through to the proliferation of conspiracies around the assassination of JFK in the 1960s and the spread of AIDS in the 1980s.

History also teaches us that there are clear similarities that drive the uptake of conspiracy theories amongst the general public. These evidence and fact free theories (often amplified by the popular mass media) are generally based on the idea that some ‘other’ sinister group is withholding information from the public, for its own nefarious ends.

Today, as science writer, David Robert Grimes explains: “This is exemplified by an enduring myth of the pandemic — the claim, amplified across social media by celebrities from Amir Khan to Woody Harrelson, that Covid is linked to the 5G radio frequency. Viruses are not caused by radio waves, nor pandemics by committee. But a deficit of merit has unfortunately not been any impediment to its propagation.”

The World Health Organization now cites anti-vaccine conspiracies as a major threat to public health in 2021. Which means that the sheer power and ubiquity of social media-powered conspiracies around coronavirus vaccines cannot be ignored or dismissed as “the YouTube rants of a few cranks” any longer.

You might think about this the next time somebody suggests to you that some nebulous and shadowy global power brokers are somehow connected to the spread of (and subsequent mass vaccinations for) COVID-19.

There is no vaccine for fake news

It is clear that, in our current era of uncertainty, the spread of political and scientific misinformation threatens to overtake and obscure fact-based news reporting and informed debate.

No doubt many of us have experienced deep-seated frustration and exasperation when friends, family members, colleagues, clients and others decide to share the latest conspiracy theory with us. And perhaps that feeling of powerlessness, no matter how well-intentioned or righteous their reasons for sharing may be.

“One feature of the social media infrastructure is that it strips information of context,” explains David Robert Grimes. “The adage that all publicity is good publicity is even more true online; it does not matter why you shared an article, this share reverberates. All too often, the net effect is that bad ideas reach new audiences. The sobering reality is that there is no panacea against the ravages of conspiracy theory. Research seems to suggest prevention is better than cure, and it is easier to train people to spot potential falsehood than disabuse them of wrong-headed notions.”

To put it bluntly, there is no one vaccine that is going to stop this ‘infodemic’. But there are ways in which we can all, as individual citizens and as professional PR consultants, do our bit to counter the viral spread of fake news online and in print or broadcast news.

One clear and obvious way we can start is by giving our support to news outlets and journalists that practice and promote traditional news values: factual, unbiased and objective reporting that is in the public interest.

Plus, in our personal lives, perhaps we might all benefit from sharing fewer fact-free and context-less memes and news about conspiracies and hoaxes. No matter how ironic or well-intentioned or critical we might think we are being.