Why communicators need to understand sustainability to survive 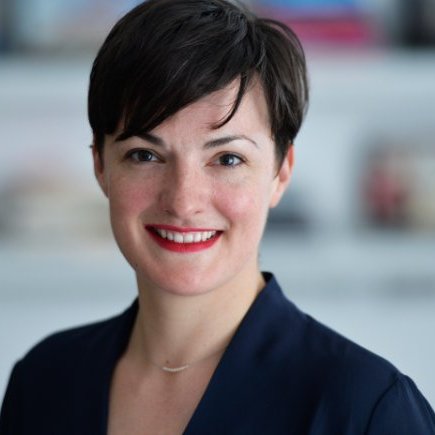 Communications professionals, whether in-house or agency, are increasingly finding briefs that include sustainability issues landing on their desks. From human rights to renewable energy, food waste to palm oilthe issues involved are meaty, complex, high-risk if communicated badly and potentially high-reward if communicated well.

Sustainability issues have come of age, and communications professionals need the skillset to keep up. Do you know the difference between ‘good sustainability comms’ and greenwash? Do you see your role as one that can influence decisions by spotting risk around sustainability issues? If your answer to any or all of those is ‘no,’ we need to talk.

1. Businesses are all over these issues, and will only get more focused on sustainability

Just a few weeks ago, 300 global companies – including Gap, Nike, Levi Strauss and many others from a range of sectors - committed to set emissions reduction targets through the Science Based Targets initiative. This means they’re committing to keep their greenhouse gas emissions in line with the level needed to keep global temperature increase below 2 degrees Celsius compared to pre-industrial temperatures.

More and more companies are becoming B Corps – a certification started in the US and increasingly taking off in the UK. Non-profit B Lab certifies companies who meet rigorous standards of social and environmental performance, accountability, and transparency as B Corps - like the Fairtrade mark for good businesses. Thus far, over 1,000 companies are certified B Corps, including Patagonia and Ben and Jerry’s, with the number expected to continue growing. And all of these companies want to and have good reason to communicate their good work well, because it attracts customers.

2. Climate change has come of age

What do Whoopi Goldberg, Pierre Trudeau, Chelsea Clinton and Paul Polman, the Unilever CEO have in common? They all spoke at UN Climate Week in New York City in mid-September 2017, and they all said the same thing: climate change is the most pressing issue facing us all, and we need to do something about it.

When the worlds of business, politics and Hollywood come together in agreement on one thing, you know it’s a big deal. It’s properly mainstream. Communications professionals who are late to the party on this are, well, a bit behind the times.

3. Millennials want to be loyal to companies and brands who are doing good things. And they’re social-media savvy.

Communicate sustainability well and you’re helping your employer or client win loyal customers. Want to recruit and retain good people? You’d better be good about communicating your client or company’s sustainability credentials. 62% of Millennials want to work for a company that makes a positive impact, half prefer purposeful work to a high salary, and 53% would work harder if they were making a difference to others

Want to sell products and services to Millennials? Nearly 75% say they’ll be judging a company by its sustainability credentials. So communicators and marketing people need to get good at putting these out there – and doing it better than competitors.

4. The risk of not understanding – or of being guilty of - ‘greenwash’ could mean trouble

So we’ve talked about the opportunities from communicating sustainability well. But it can be done badly as well and, well, you’ve seen the Kylie Jenner Pepsi advert. And it’s set to become a classic example of ‘social consciousness tone-deafness.’ No doubt, Pepsi Co’s creative agency thought the advert was brilliant, but instead set up their client to come across as insensitive and out of touch. They set Pepsi Co up for embarrassment, for which they eventually issued a public apology and pulled the (no doubt expensive) advert, amid a storm of social media directed their way. See what Time has to say about it.

Good or bad, social-media savvy Millennials (and those of us slightly older who like to think we ‘get’ social media) can lift or savage an organisation’s reputation in the speed of light when things go wrong.

So, hopefully you get the picture. In short, a decent grasp of sustainability issues is not only going to stand you in good stead as a communications person, it is increasingly crucial to your ability to deliver what your client or employer needs. Chances are, if the issue hasn’t touched your area of work yet, it will, and there are opportunities to prepare yourself.