Why we need to continue the fight for ethical lobbying 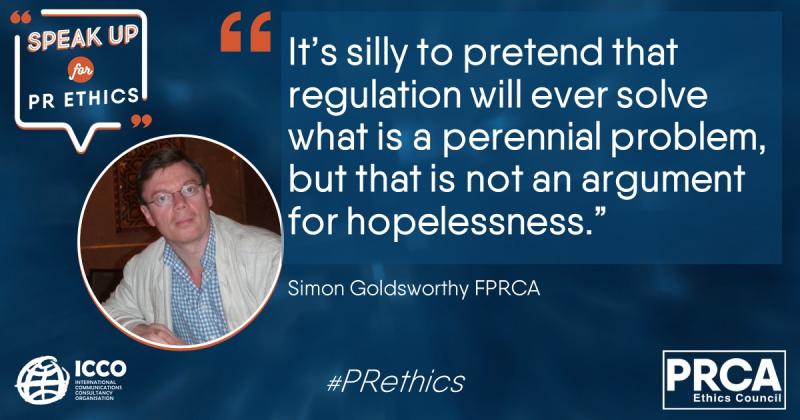 In our recent book, Public Relations Ethics: The Real-World Guide[i], we wrote the following:

Lobbying is seldom out of the news – and not in a good way. In the UK, the USA, Australia, Canada and most of Europe, the media and activist groups make much of what they see as the unique influence of corporations, the rich and the powerful on governments.

As I write this, only a few months later, I’ve just read that the PRCA has written to the UK Government seeking lobbying reform to restore public confidence.  So it continues. Every time a major lobbying scandal breaks surface there are calls for further reform, new rules, new laws. I think we can confidently predict that there will be more scandals, but who knows when the next one will rock Westminster, to cite just one seat of government.

Historically it has been business, and the lobbying/PR firms hired by corporate clients, that have been the villains of the piece. NGOs got a free pass – as not-for-profit organisations they were assumed to be on the side of the angels. Recent scandals in the sector have changed that perception. It was surely not a good thing that charities and campaigning organisations were not subject to the scrutiny to which the commercial world is accustomed. The third sector “campaigns” (for which read “undertakes PR and lobbying”) vigorously in pursuit of its goals, some of which are themselves highly controversial. It can end up attacking commercial lobbyists for doing things it does itself.

Why are lobbying rules and regulations never watertight? Precisely because they seek to regulate a system in which “water” needs to flow.  Politicians and officials cannot permanently self-isolate. They need to be in constant contact with all kinds of people in the outside world – how else can they inform themselves about that world and weigh up competing interests?

It’s impossible to ensure that some of the people they’re in touch with, informally as well as formally – maybe old colleagues and friends – aren’t seeking to influence policy in some way.

As anyone who has had to deal with a leak knows, if you can’t actually stop the leakage the water will find another route:

Over-police official meetings? Important matters will simply be discussed outside those meetings and rubber-stamped at the formal get-together.

Keep tabs on people’s electronic communications? Centres of government are still centres for a reason – people can meet face to face, in private.

Scrutinise politicians’ diaries? It’s hard enough to ensure that every chance social encounter is recorded, but critical matters can also be handled deniably by “friends” and special advisors.

Over-regulate lobbying firms? The work will go to someone else – perhaps to a legal or other firm which calls its work something else.

It’s silly to pretend that regulation will ever solve what is a perennial problem, but that is not an argument for hopelessness. Regulation can be a force for good. Traffic regulations will never stop accidents, but they surely make our roads safer. The very fact that lobbying scandals keep breaking surface means that lobbyists have to be on their guard – there are vigilant campaigners and investigative journalism has not gone away. A lobbying firm which upsets its clients and loses social acceptability could suffer a similar fate to Bell Pottinger. And finally, there’s the ethical case for lobbying. Everyone – rightly – has the right to lobby. It’s a vital part of democratic life. And however hard you may be lobbying, you have to recognise that others have an equal right to argue their case.