Is it time for regulation of digital and social media companies? 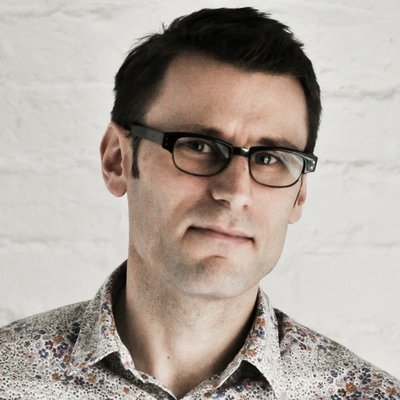 On Friday evening, Twitter, Facebook, Google and other digital and social media companies began to purge the accounts of Donald Trump and his various followers.

It took an insurrection by pro-Trump supporters at the Capitol in Washington DC last week for the Silicon Valley titans to finally close his accounts and that of enablers who promoted his and other conspiracy theories.

Of course, Trump still has a large base with many advocates online promoting his views. They are there, exchanging violent content on various online forums like Parler.

But that it’s taken over four years, during which Trump has built a base based on lies and misinformation, is just incredible. With President-Elect Biden and the Democrats now controlling the White House, Senate and House of Representatives, there is now a wind of change that will affect how these tech companies operate. Increase regulation is on the agenda and not just in the US, but also in the EU, UK, Asia and other jurisdictions around the world.

Facebook, Twitter and YouTube have directly or indirectly benefited from having him and his crowd on their platforms. The more misinformation that was spread and consumed, the more engagement that took place on social media. This, as you’d expect, resulted in increased advertising-led revenue numbers. After all, advertisers want metrics that show these platforms get regular eye-balls and think about this,more than 98% of Facebook’s revenue in 2019 came from advertising. That’s how dependent these tech firms are on advertising income and engagement.

The speed at which social media companies have pivoted has been incredible. Every action now has been about protecting their position, reputation and revenue model. Sadly, a case of too little, too late.

Not surprisingly though, some are questioning about the legality of what digital social media companies are doing in limiting Trump in communication via Twitter, Facebook and YouTube. The ‘free-speech’ argument, which is flawed and a distraction. Let me go through this and other issues.

No, the actions by Facebook, Twitter and Google does not break US citizen’s rights to free speech.

The first amendment (1A) of the US Constitution is there to protect citizens against government limits on their freedom of expression, but it doesn’t prevent a private employer or company from setting its own rules.

Just to be clear, the first amendment protects individuals against discrimination BY the government (or their agents, I suspect!).

These social media companies are private companies. They are entitled to set their own terms and conditions. If you’re on their platform, you abide by their rules. If you don’t like their rules then you can go elsewhere, like Parler, which many have.

This explainer from Executive Director of the Newseum Institute’s First Ammendment Center Lata Nott presents what is and is not covered.

This is a huge issue. For many years, these Silicon Valley companies have been in front of lawmakers arguing their case and position. Safeguarding their business model. 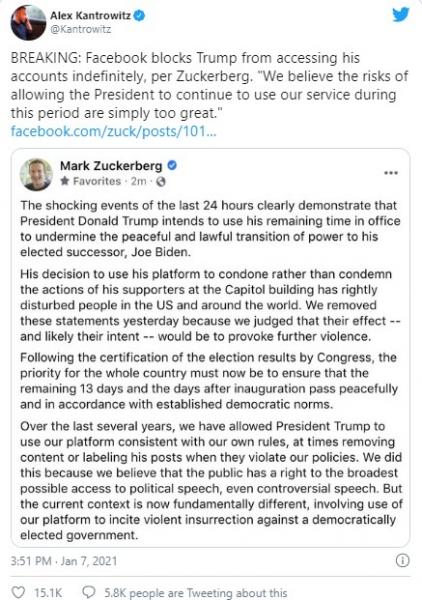 Yet for years, eyes have been on them and the content they allowed on their platform.

When you looked at their revenues against the conversations that took place on Facebook, Twitter YouTube and others there was a clear issue. They profiteered from this and this damaged their reputation in the eyes of a certain core of lawmakers, as well as businesses and members of the public.

Since 1996, in the US they have had the protection of Section 230 of the Communications Decency Act of 1996, which has been described as “the most important law protecting internet speech” and called “perhaps the most influential law to protect the kind of innovation that has allowed the Internet to thrive.”

In thisHarvard Law Review article, it describes how Section 230 makes individuals liable for content they post, not the host. It’s worth a read as it influences how the internet works.

Purging accounts of individuals who have incited violence might be happening now, but it really is just a reaction to the new direction of the wind blowing.

In my opinion, yes.

The current purge is taking place in 3 environments: 1) accounts and content on platforms such as Facebook, Twitter, YouTube; 2) Applications that host-hate based content on Apple and Google’s App Stores; 3) hosting companies, such as Amazon’s AWS, which up to yesterday hosted the free-speech App Parler.

A fringe will claim that Big Tech now controls free-speech. This is a complex argument, as you have to consider what is free-speech and the repercussion of what you say without consequences.

Tech companies are in the business of designing and building services that make money for them, their customers and shareholders.

During the last 4 years, if not longer, hate-based content, misinformation and conspiracy theories have brought unwanted negative attention to these companies tech companies. During this time some companies have been lobbied to not spend their big advertising money on these platforms. This hasn’t had a direct effect on Facebook and the like, as their revenue is generated more from small and medium based companies, than the enterprise corporations. That said, these larger organisations have greater lobbying power.

At the same time, conversations about the return on engagement of digital marketing has been influencing how small and medium-size businesses spend their limited budgets.

All this leads to a position where tech companies are having to seriously consider their reputation and, in my opinion, their advertising-reliant business model.

What next for the tech titans?

I wrote in an earlier blog post that regulation is coming and rather than digging their heads in the sand, tech companies need to look at themselves and move away from a libertarian insular view. Unlikely to happen of course and that is an issue for them.